Thanks for the laughter Eric 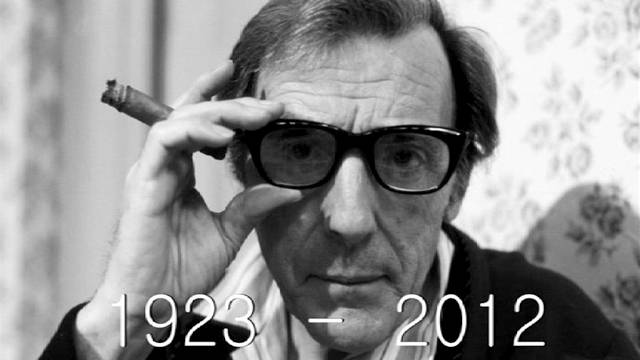 The envelope plopped through the letter box. This sort of thing happened from time to time, often for reasons that I did not fully understand.

It was obviously going to be a bill. After all, it wasn’t my birthday.

But the moment I picked it up, it became clear that this was not just any old letter; this was no bill, bank statement or NHS reminder.

A letter now framed and hanging on my wall.

It was November 2001 in London. It was 2001 in other places too, but it was more noticeable in London. Eric Sykes, at the tender age of 78, was on the stage of The Vaudeville Theatre in the Strand, stealing the show every night in Ray Cooney’s farce Caught in the Net.

My father and I were in the audience. It was the end of Act One. Eric had yet to make his grand entrance. But then Russ Abbot opened a door and there he was, the remarkable Mr Sykes; a man who never let his failing eyesight or poor hearing impact upon his career. There are many so-called comics out there with fully-functioning senses, whose timing is less than perfect. Eric, on the other hand, never missed a beat. 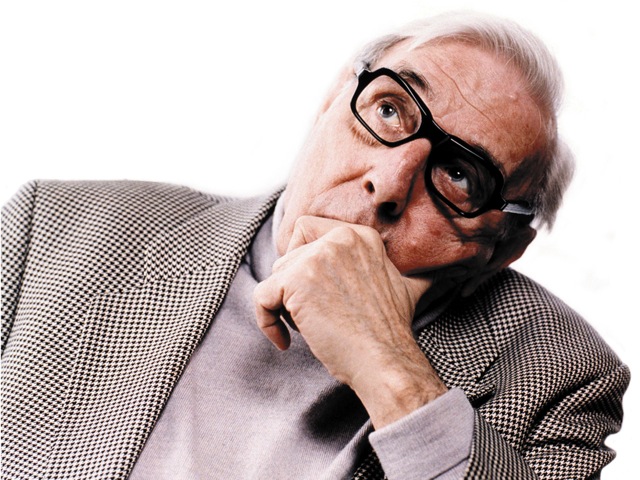 The sound of un-prompted applause filled the room. Much like Tommy Cooper, Eric did not try to make people laugh. It came naturally. He just had to stand in a doorway. A standing ovation was the inevitable response. Such was the stage presence of the towering comic from Oldham.

A week later, I sent a letter to the theatre, addressed to Eric Sykes, OBE. The letter said how much I had enjoyed his performance. It said “thank you”.

And that was that. I thought nothing more of it. My daily routine resumed. Life went on. The last thing I expected was a reply.

A week later an envelope plopped through the letter-box - an envelope that was categorically not a bank statement. It said:

"Thank you for your very funny letter, it made the sun shine although it was just after midnight when I read it."

It was hand-written by Eric Sykes.

And so that’s where the story would seem to end. But not quite. Not yet.

On the 26th February 2002, Eric’s long-term partner in comedy crime, Spike Milligan passed away. A short while later, there was a memorial service for Milligna, the well-known typing error, at St. Martin-In-The-Fields, just off Trafalgar Square in London. I sat at the back watching Stephen Fry, Joanna Lumley and Eddie Izzard share their memories of Spike. Eddie Izzard’s rendition of Have a Nice Day, one of Spike’s finest comic poems, was sublime.

But the best had been saved until last. And suddenly, there was Eric Sykes, standing centre stage, recalling his old comedy partner, stealing the show once more. “We were very close,” he said, waiting that extra beat for comic effect: “It was a small office.”

After the service, everyone gathered outside. Spike and Eric’s manager, Norma Farnes, was stood nearby. I introduced myself and asked her to thank Eric for replying to my letter. There was a pause, and then she smiled and said, “You can thank him yourself!”

A moment later, I found myself being frog-marched - in the nicest possible way - by one of Mrs Farnes’ companions to where Eric stood. And there he was: the man in the horn-rimmed glasses; the man who had written for Tony Hancock, Tommy Cooper, Frankie Howerd and Peter Sellers; the man behind the fifty minutes of genius known as The Plank.

I’d like to say that I was calm and collected and not at all in awe, but that would be a lie. Still, Eric, ever the gentleman, had a knack of putting people at their ease. I said thank you for his kind response to my letter. I said that it had made my day. He smiled, shook my hand, and said: “Thank you - you’ve just made mine”. We talked for a few moments and then I departed.

They say that you should never meet your heroes. They say that reality is far-removed from perception; that actors are egotistical and mad, and comics are miserable.

Eric Sykes was none of those things. He was a gentleman, a quiet genius. He was the best of the best - an unaffected, towering, comedy godfather. And though the youngsters of today may not have heard of him, his influence on the world of humour cannot be understated.

But now he’s gone and there’s only one thing left to do. I propose that we should have an Eric Sykes day. It could be an extra Bank Holiday. And how would we celebrate? Simple. Everyone would be contractually obliged to walk around town carrying a plank of wood on their shoulders.

Thanks for the laughter, Eric.

When celebs declare war on hacks