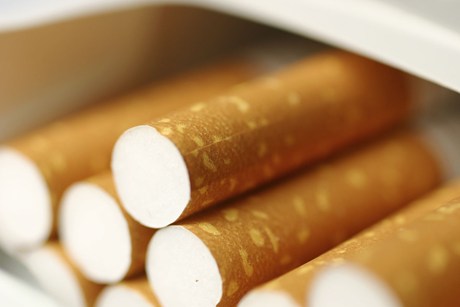 Tobacco corporations have been challenged by governments in recent years. But despite the latter's smoking and marketing bans, the number of smokers continues to grow. That means increased burden on public health systems and, ultimately, more deaths caused by the world's most preventable killer.

Death-by-smoking statistics are sobering. Six million people die each year from tobacco-related diseases, a figure expected to hit eight million by 2030. One in two long-term smokers will die - half in middle age.

The tobacco industry has long sought to protect profits and keep people puffing. But as the World Health Organisation (WHO) marks "World No Tobacco Day" on Thursday, the UN's health body has accused the industry of "nefarious" attempts to stymie control measures.

Tobacco corporations have reason for concern amid worldwide efforts to wean people off their products, and keep the young from ever starting.

The landmark WHO Framework Convention on Tobacco Control in 2005 has been ratified by 174 countries. The ambitious agreement obliges governments to raise taxes, enforce smoking and advertising bans, and offer programmes to help people quit.

The WHO's Director-General Margaret Chan has criticised the tobacco industry for interfering with the treaty, highlighting lawsuits launched in Uruguay, Norway, Turkey and Australia - all countries that moved towards its implementation.

“We have an enemy, a ruthless and devious enemy," said Chan. "It is horrific to think that an industry known for its dirty tricks and dirty laundry could be allowed to trump what is clearly in the public's best interest."

The tobacco industry, however, says it is involved in global control initiatives. At a May 9 shareholders meeting in New York, Chief Executive of Philip Morris, Louis Camilleri, challenged criticism saying anti-smoking proponents were "at times blinded by their hatred" of the tobacco industry.

"We recognise that cigarettes are a cause of very significant diseases and that's why we try to operate our business in the most responsible manner possible," Camilleri said.

While smoking in the developed world has been steadily dropping, it is burgeoning in the developing one. The tobacco corporations have been accused of targeting poorer regions such as Africa. It is predicted that more than 80 percent of tobacco-related deaths will occur in low and middle-income countries by 2030.

"We are often criticised because we enter so-called emerging markets, as if that makes them smoke. They've been smoking for centuries," said Camilleri.

Australia is the world's first country to pass a "plain-packaging" law, after leading the way in fighting tobacco marketing over the past decade. The effort has paid off. Smoking rates in Australia declined to 15.1 percent in 2010 from 30.5 percent in 1998.

The new legislation, to take effect in October 2012, would strip all cigarette packages of bright colour, fancy designs, as well as sleek branding and logos. British American Tobacco, Imperial Tobacco and Philip Morris have launched High Court challenges against the Australian law, saying it infringes on trademark rights.

Anti-smoking campaigners say studies show children and teenagers are attracted to the bright colours and sleek designs emblazoned on packs that lure them to smoking. Tobacco proponents, however, dispute such research saying there is no hard evidence that packaging plays any such role.

It appears that tobacco companies are also assisting in targeting the Australian law at the World Trade Organisation (WTO). Honduras and Ukraine have lodged "consultation requests" before the WTO - a move that could signal the beginning of a legal battle.

A British American Tobacco spokeswoman, who requested anonymity, told Al Jazeera: "We have openly engaged with governments, including Ukraine and Honduras, to express our views and concerns on this issue … In the case of the Ukraine, lawyers retained and paid for by British American Tobacco are providing advice and counsel … We have offered to provide them (Honduras) with all the support they require."

When queried about the WHO's interference allegations, Imperial Tobacco spokesman Simon Evans said his company takes an active role in tobacco-control efforts, but added that measures need to be evidence-based.We will also continue to challenge disproportionate and unnecessary regulation that is solely designed to stigmatise smokers and denormalise smoking. Evidence for the introduction of invasive legislation is often non-existent or flawed," said Evans.

Meanwhile, in the U K, government consultation on plain-packaging is under way. It, too, has been met with tobacco industry pressure - this time in the form of support for a lobby group fighting the proposal.

The Freedom Organisation for the Right to Enjoy Smoking Tobacco, or Forest, has aggressively attacked the plain-packing proposal, launching a "Hands Off Our Packs" campaign.

According to a Financial Times report, tobacco corporations will provide 330,000 pounds (US$518,000) to the group this year.

Anti-tobacco proponents have long argued that raising cigarette prices is the most effective way to curb smoking, especially among the young and the poor. Tobacco corporations, unsurprisingly, disagree.

In the US state of California, voters will go to the ballot box on June 5 to determine the fate of Proposition 29, a bill that would hike the state tax on cigarettes by $1 a pack. The move would raise about $735m annually, most of which would go towards cancer research.

It is predicted that Proposition 29 would also mean a $1bn hit annually to California tobacco sales, by forcing people to quit smoking or deterring them from starting.

Opponents of the bill say there is no evidence that increased taxes would lead to a decline in smoking. Proposition 29 would set up an unaccountable bureaucracy to disburse the funds, and there is nothing stopping the money from going to out-of-state cancer researchers, they say.

The vote is a prime example of how Big Tobacco spends big dollars to defeat control measures. Led by Philip Morris and R.J. Reynolds, the opposition has spent about $40m on radio and television ads so far to kill the measure. A similar 2006 bill in California proposing a $2.60 tax on a pack of cigarettes failed after Big Tobacco paid $67m on advertising.

The ad battle appears to be working in the tobacco industry's favour. Survey results show about half of likely voters supporting Proposition 29 - down from more than two-thirds support in March.