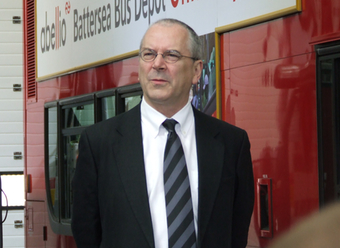 Senior executives at Transport for London (TfL) are charging taxpayers thousands of pounds per year for taxis, magazine subscriptions, meals and internet use.

According to figures provided by TfL, expenses claims made by its seven most senior executives totalled more than £22,000 between 2010 and September 2012.

Sir Peter’s claims for 2012 include more than £2,500 on taxis and travelling costs. He also claimed hundreds of pounds on meals and £99.60 for a subscription to Ville Rail & Transports magazine.

Over the period covered by the disclosure, executives charged Londoners more than £1,500 for magazine and professional subscriptions.

In a statement accompanying the expenses figures, TfL said: “Sir Peter Hendy travels to and from work by public transport and he also regularly uses public transport when travelling in the capital on business.

“He is overseeing the delivery of a ten-year multi-billion pound budget to manage transport in London, and also deliver Crossrail and the upgrade of the Tube and there are occasions when his full schedule and late hours necessitate the use of taxis (which, of course, TfL licenses).”