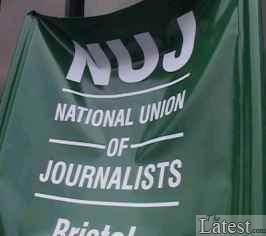 Britain's trade union leaders have expressed  "grave concern" at the erosion of civil liberties, its effect on journalism and the threat to journalists' confidential sources.TheTrade Union Congress (TUC) conference in Brighton this week passed a motion to condemn the threat to jail journalists like Robin Ackroyd and Shiv Malik who both fought lengthy court battles to keep their confidential sources and source materials private.

The motion, brought by the National Union of Journalists (NUJ), condemned  "attempts to use the Contempt of Court Act, Terrorism Act and other legislation to compel journalists to betray confidential sources in breach of Article 10 of the European Convention on Human Rights".

Speaking to conference delegates after the motion was passed, NUJ general secretary Jeremy Dear said:  "Journalism is facing grave threats in an age of intolerance. Whilst on the streets dissent is being criminalized, independent journalism is being increasingly caught in the civil liberties clampdown."

Dear brought delegates' attention to the case of Milton Keynes reporter Sally Murrer, who faces criminal prosecution for receiving unauthorised police tip-offs and the treatment of professional photographers by police such as at the recent Climate Camp in Kent.

"The terrorising of journalists isn't just done by shadowy men in balaclavas, but also by governments and organisations who use the apparatus of the law or state authorities to suppress and distort the information they do not want the public to know and to terrorise the journalists involved through injunctions, threats to imprisonment and financial ruin," he said.

"Journalists' material and their sources are increasingly targeted by those who wish to pull a cloak of secrecy over their actions."

Dear concluded by saying that journalists were being subjected to  "a co-ordinated and systematic abuse of media freedom".

He also called for measures to protect whistleblowers, without whom the media's ability to  "probe dark corners" of business and authorities would be seriously compromised.

On Sunday the conference heard from Marks and Spencer whistleblower Tony Goode, who was sacked for leaking details of plans to reduce redundancy payment for the company's 60,000 staff, which formed the basis of a string of stories in The Times newspaper.