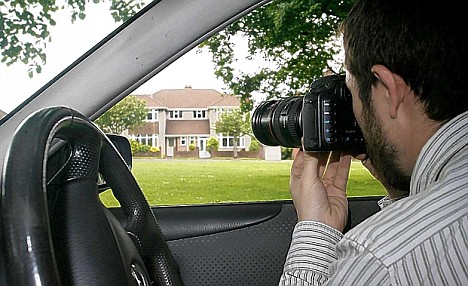 The Regulation of Investigatory Powers Act (RIPA) was brought in by Tony Blair’s Labour government in 2000 to combat terrorism.

But UK local authorities also used the surveillance legislation to investigate minor offences, including checking on families suspected of flouting school catchment rules - and dog walkers who failed to pick up after their pets.

The councils have even enacted the powers to mount surveillance operations on their own employees suspected of making bogus personally injury claims.

Last year, a landmark legal case ruled local authorities should no longer use RIPA for low-level offences. And figures obtained by Birmingham based tabloid newspaper the Sunday Mercury show that, since then, officials have dramatically reduced their use of prying powers.

Birmingham City Council used RIPA a total of 112 times in 2010, including on three occasions where they spied on employees.

But in the first six months of this year, the council enacted RIPA just 13 times.

Meanwhile, Walsall Council has almost halved its use of the legislation in the past three years.

Between April 2008 and March 2009, the authority used the Act 119 times. This dropped to 96 the following year and was down to 67 for the last financial year.

Dudley Council only turned to RIPA three times in the last financial year, down from 14 from the previous 12 months.

Officials in Solihull used the Act a total of 54 times in the past three years, but would not give a breakdown for each period.

Last night, a spokesman for Birmingham City Council said its officers only used RIPA when all other measures had failed.

“The use of RIPA is a last resort and is only used when less intrusive methods of obtaining evidence can not be used. The council is recognised as an exemplar of national best practice in this area, using these powers only when necessary and proportionate.”

The coalition government had ordered a review of RIPA, as part of a wider look at counter-terrorism laws.

*Johnny Greatex is a reporter for the Sunday Mercury.