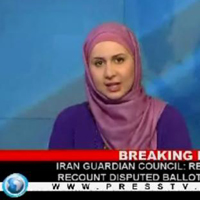 British Office of Communications (Ofcom) claims it did not know until 2011 that Press TV's license holder in Britain did not have editorial control of the channel.

The new allegations are made at a time when even some hawkish people inside the UK are raising their voices against Ofcom's decision to make restrictions on the so-called slogan of free speech they have been propagating about for centuries.

“I believe this action by Ofcom to be thoroughly deplorable as well as palpably cynical. My Zionist affiliation and pro-Israeli sympathies are of course very well known to Press TV. But I have never been censored, nor has the company ever made the slightest attempt to get me to modify a particular view”, said Alderman, who is a university professor and commentator. 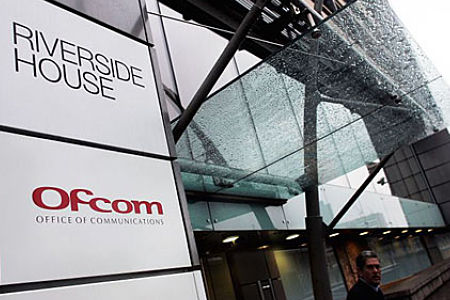 erable following in the Middle East has thus been exposed to opinions and arguments - especially in relation to Israel - that they might otherwise never hear. Now this voice of balance has been silenced”, he added.

“The suppression of any media outlet anywhere in the world is an affront to freedom of expression and appalling to contemplate. That a British agency should be responsible for such an act of repression is scarcely credible”, noted the pro-Israeli hawk in London.

Tony Close, Ofcom's Director of Standards, however, has tried to distract the attention from the basic issue of silencing the voice of the voiceless to some technical issues, which any ordinary reader cannot understand without further explanations. 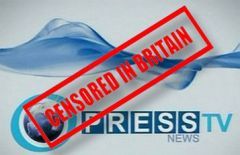 "Geoffrey Alderman is correct in saying that Press TV was removed from air because the licence holder did not have editorial control of the channel. Geoffrey is wrong however to infer that we knew about this issue when Press TV's licence was first granted. It was only in 2011, that we were made aware of the issue”, Brian Whitaker, a journalist at the Guardian, quoted Tony Close as saying.

How on earth, such a vast system of regulations could ignore such an important issue, when considering giving an international satellite news channel the required licence to operate on this big scale.

Alderman noted that the Ofcom ban - which Press TV will surely circumvent via its web-based presence - will only serve to increase anti-western sentiment in Iran.

The UK government had earlier launched a smear campaign to close down the alternative voice of Press TV.

This campaign was first disclosed by the whistleblower website the WikiLeaks, which carried this report that “the Foreign Office told the US embassy official who deals with Iran in February that it was "exploring ways to limit the operations of ……Press TV”.

The UK government also urged the U.S. to join it and France in lobbying the International Telecommunication Union (ITU), which regulates satellite transmissions, against the Iranian government and its international media outlets.

However, no steps were taken at the time because of legal difficulties, but a British official said a case could be made in future if new sanctions were imposed on Iran, the secret US cable reported.

The Chief Executive Officer of the English-language broadcaster Press TV described the ban on the news network's office in London as the “worst decision at the worst time.”

Dr Mohammad Sarafraz said the decision would fail to stop the waves of international awakenings all across the world and in Britain, in particular.

“The United States and the West have lost their democratic disguise, which benefitted them for years, and their media outlets are facing a serious crisis because their “hypocrisy” is being exposed”, Sarafraz noted.

He added that the medieval way of silencing the voice of the voiceless would fail in killing the alternative media outlets.