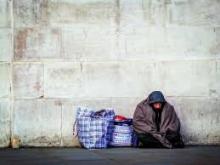 Thousands of asylum seekers currently accommodated in hotels across the UK are becoming homeless despite warnings of a second wave of the coronavirus pandemic.

Those who have claimed asylum in Britain, but had their cases refused, will begin receiving notices to leave within 21 days from this week, according to a letter from the Home Office, seen by the Independent.

This comes in spite of British Prime Minister Boris Johnson announcing Friday that the UK is “now seeing a second wave” of coronavirus and that it was “inevitable” that the country would be hit by the pandemic again.

Meanwhile, charities and MPs described the move as “reckless and irresponsible,” arguing it would put both asylum seekers and the public at risk.

They also accused the government of making already cash-strapped local authorities and third sector groups responsible for its actions.The Home Office has made the decision despite its March announcement that asylum seekers would not be asked to leave their accommodation once their claim or appeal had been decided, as a protective measure against the infections disease.

The director general of UK Visas and Immigration said, in a letter to charities on Tuesday, that individuals with negative decisions would be served eviction notices “with immediate effect” in England. 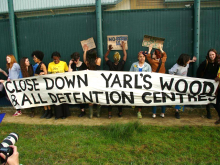 The Home Office has recently closed one immigration detention centre, Morton Hall, and is using Yarls Wood, another centre, to process asylum seekers who arrive from northern France.

This move was “completely out of line” with the wider messaging from central government about the importance of safety precautions amid the pandemic, said Renae Mann, national director of the No Accommodation Network (NACCOM), which supports destitute migrants in the UK.

Mann also said the move ignored the reality for the charity sector, which she said would “bear the impact” of asylum seekers being removed.

“Over the last few months our members have told us how they are having to either shut down or rethink services entirely because of the pandemic. There was never enough capacity to meet the need before the pandemic – the gap now is starker than ever,” she said.

“Against such a backdrop, it is profoundly unreasonable to think that the voluntary sector and local authorities could meet people’s needs and fix the problems that the Home Office has created with this decision. Our message could not be clearer: this decision needs to be reversed if we are to avoid a devastating return to destitution on the streets of our towns and cities.” 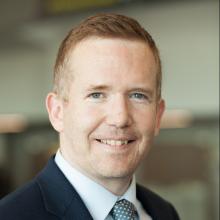 Stuart McDonald, SNP MP, called the decision “utterly appalling,” saying that “making people homeless and destitute as the pandemic continues is especially shocking when that pandemic is known to be of particular danger to those very populations and indeed BAME people.”

Mariam Kemple-Hardy, head of campaigns at Refugee Action, also said: “There has been no warning to ensure the system – including the voluntary sector – is prepared to cope with vulnerable people being turfed out onto the streets.”