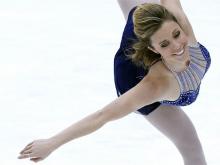 Between photos and insights about their Olympic experience in Russia, some Olympians are turning over their social media accounts to sponsors, agreeing to quotas of postings on Twitter and Facebook and letting other people send commercial messages in their name.

The agents for US figure skaters Ashley Wagner and Gracie Gold both say sponsors draft some of their tweets, plugging their brands.

“This is the first Olympics where I actually have a social media calendar, where an athlete has to tweet or mention something on a given day,” Gold’s agent, Yuki Saegusa, said in an interview.

“We get a list of tweets or social media things that need to be posted and then we approve them for her,” said Saegusa, senior vice president for Olympic clients at sports management giant IMG.

Although they “encourage” Gold to post the pre-packaged commercial tweets to her 65,000 followers herself, sometimes others do it for her.

“We want it to be from her point of view, and from her mouth and from her fingers. So we try to get her to do them - mostly,” Saegusa said.

“We’re in a very new age now where a lot of advertising, or PR, or promotions, is social media. That’s becoming a very important aspect of marketing.” 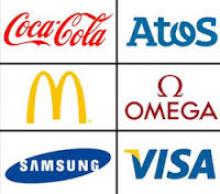 Wagner’s IMG agent, David Baden, said athletes’ sponsorship deals are now starting to specify “how many tweets, how many Facebook mentions and even Instagram” photos they must post.

“That is part of the contract now. That is how important social media has become,” he said. “The last Olympics that was not the case.”

“It’s not like Ashley doesn’t know about these. I mean we send her all these. She had to approve all of them, and so it’s not that she does not know what is being said. She’s seen it. She’s part of this whole process,” he said.

“It’s just that with her schedule, and if we can make things easier, what’s the difference?”

Sponsors make sure schedules of tweets are adhered to.

“We’ll get a message, usually, from the sponsor, and just say(ing) ‘Just reminding you this week, these tweets’,” he said. “I’ll send it to my assistant. And she’ll just say; ‘Yes, I have it already in queue to do it’.”

The agents did not specify which of their athletes’ tweets in recent months were drafted and posted on their behalf.

The verified accounts of both Gold and Wagner - @GraceEGold and @AshWagner2010 - have referenced their own and US Olympic Committee sponsors, in tweets and re-tweets.

It’s not clear which recent postings were paid for, but after the February 7 opening ceremony Gold sent out an Instagram photo of herself holding a lipstick applier. “Couldn’t forget the red lips,” it read. As well as CoverGirl, her Twitter profile lists other sponsors: Visa, United Airlines, Procter & Gamble Family, Smucker’s, Pandora Jewelry and Airweave.

When on one occasion he used his own account to send a sponsor’s tweet and then asked Wagner to retweet it, “they called me and said, ‘No, no. No retweets. It has to come from her’.”