A brave campaign to tackle the unequal behind-the-camera treatment of Black actors by TV and film make-up and hairstylists has delivered a groundbreaking course that promises to end the neglect by professionals of their hair and skin.

Organised by the broadcasting union BECTU and actors’ union Equity, the new training initiative tackles a critical gap in the skill set of many people working in this part of the creative sector. 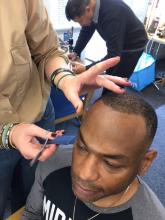 The week-long workshop, which ran in November and took place at BECTU headquarters at Clapham, south London, covered “understanding Afro and Asian hair”, “barbering skills for Afro and Asian hair” and “make-up for African Caribbean and Asian skin”. Black actors volunteered to be models for the course.

Janice Turner, BECTU’s diversity officer, said: “The course was absolutely sensational. It was very oversubscribed. Having Black Equity members as the models has been brilliant because it enabled a whole new dialogue to open up between the actors and artists. It enabled the artists to ask the questions that they’d otherwise have been a bit nervous of asking and they heard from the actors about the kind of problems they’d experienced."

She added: "It also enabled the actors to learn techniques they could use themselves, for example in advance of a casting, to find out about products and to learn the technical vocabulary that will enable them to better communicate their preferences to hair and makeup professionals in the future.”

Turner commented: “The workshop is testament to how Black trades unionists from two unions can come together to solve an issue that’s been around for years. Everybody wins.” 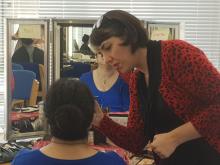 It was a courageous move in an industry where Black actors are notoriously under-employed and where speaking out on a sensitive issue related to race could result in a loss of work or shrinking opportunities for acting roles.

Fraser, 49, who has appeared in a number of TV dramas including the popular, long-running BBC series Casualty and ITV's The Bill, is now a member of broadcasting union BECTU's Black Members Committee, who have backed her. She said: “When I work on a set, most of the time they do not have experience doing Afro hair. Sometimes they try and work around it, but most of the time they will put you in a scarf or suggest you get your own hair cut.”

She claims that Black actors are being asked to do their own hair and take their own make-up onto television sets, because productions are not adequately equipped to work with them. Black actors are even being told to cut their hair, while make-up artists do not have the right shades of foundation to use on their skin.

British born Chinese actor Irene Ng, an active member of Equity, also made important contributions to the discussions that occurred between BECTU and Equity in identifying the concerns of African, Caribbean and Asian (including, south east Asian) actors and finding practical solutions.

Ng, who has appeared in feature films Nightwatch and Rogue Trader and was a model on the course, said: “The initiative is so encouraging, enlightening and empowering. It has provided a much needed opportunity, in a relaxed and supportive environment, for actors, make-up artists and hairstylists to have the type of honest conversations we’ve wanted to have for a long time.”

Ng described how hairstylists on TV sets often remarked that her “hair is too strong” or that she has “too much hair” and they “do not know what to do with it”. She has been left with an orange coloured face on occasions after the wrong shade of foundation was used.

BECTU and Equity are committed to ensuring that in the long term Black make-up and hair is included within the National Occupational Standards that govern UK education so that no one can be deemed qualified without these skills. Educational and training institutions will be lobbied so that this is on the core curriculum and not an optional extra. 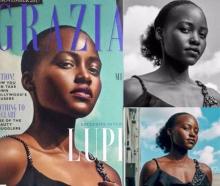 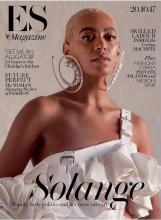 Meanwhile, recent high profile cases of cultural disrespect for Black hair and beauty have made headline news and demonstrate how much work there is to be done to eradicate the prejudice and racial bias that elevates European hair and white skin above all other notions of attractiveness.

Black Oscar-winning actor Lupita Nyong’o went public on Twitter to express her disappointment that the front cover image of her on UK glossy magazine Grazia had been significantly altered to smooth her hair and get rid of her Afro pony tail. The 12 years a slave film star’s skin was also lightened. This followed the controversy caused by the London Evening Standard magazine’s airbrushing out of African-American singer Solange Knowles’s braids.

The Black hair and make-up course is a refreshing development and clearly shows what can be achieved when efforts to inform and educate are consolidated so that attitudes towards racial difference and diversity are changed for the better. Roll on future courses.

'Myth of racial democracy in Brazil'

'Who cares about Black lives in Israel?'