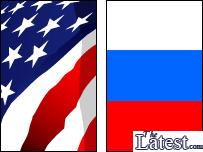 Commanders of the US and Russia armed forces met secretly in Finland on Tuesday. The summit was hushed up so much that even key Finnish foreign affairs ministers were not told in advance it was happening.

Preparations for the talks in Vantaa, near Helsinki international airport, between Russian General Nikolai Makarov and US Admiral Michael Mullen were held within an exceptionally limited circle of officials.

"I did not know about the meeting. I don't know the size (of the group that was involved)", said foreign affairs minister Alexander Stubb on Tuesday evening.

Key issues in the talks were the aftermath of the war in Georgia, and the planned missile defence system that the United States is working on with Poland the the Czech Republic. In the evening it was not certain if even prime minister Matti Vanhanen had advance knowledge of the talks.

One of the Prime Minister's aides said later that the matter  "had been mentioned" to Vanhanen. Of Finland's foreign policy leaders, at least President Tarja Halonen and minister of defence Jyri HÃ¤kÃ¤mies knew about the meeting. The meeting was hosted by Finland's chief of defence Juhani Kaskeala, who did not give any extensive comments on the content.

He said:  "I had bilateral discussions with both (Mullen and Makarov). Based on those discussions I can say that the atmosphere was positive. It was agreed that the two would give information about their issues themselves."

The secretive atmosphere on Tuesday had the air of a Cold War movie. About 20 Finnish political and military sources contacted by Helsingin Sanomat either were silent, or did not know or want to comment on details.
Holding the meeting was generally welcomed in a situation in which relations between Russia and the United States are at something of a post-Cold War low point.

The discussions were the first between the highest military leaders since the August war between Russia and Georgia. The fighting brought regular contacts between NATO and Russia to a halt, which explains why Finland was chosen as the venue. The Russian Ria Novosti news agency said that Makarov and Mullen discussed the restoration of the NATO-Russia Council to its former status.

Matti Anttonen, the Finnish Ambassador to Russia, heard about the meeting a few days ago when visa applications were made for members of the Russian delegation. Anttonen feels that it is good that representatives of the US and Russia discuss security policy with the help of experts.  "It adds to the security of us all", Anttonen observed.

Iranian president 'the target of an x-ray death plot'