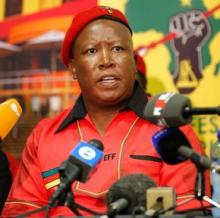 Little mentioned in the eurocentric news coverage of the South African elections has been that the new Black nationalist Economic Freedom Fighters (EFF) party took significant support away from the corruption-mired ruling African National Congress (ANC).

Julius Malema’s EFF won almost 1.2 million votes to give it 25 seats, despite being less than a year old. This makes it the third largest party after the opposition Democratic Alliance (DA) led by white former anti-apartheid journalist Helen Zille, with 89 seats.

The neoliberal DA has struggled to gain credibility among Black voters. White and mixed race people opposed to the ANC are its main supporter.

Malema, aged 33, the charismatic former leader of the ANC’s radical youth wing, was kicked out of the party after making outspoken comments about the continuing white dominance of the South African economy and the need for the people of neighbouring Botswana to overthrow their dictatorial leader. Speaking about the expulsion of him and some of his supporters, Malema said: "We did not commit anything wrong against the movement. The only thing we did was to speak about how the land must be restored to its original owners."

He was subsequently prosecuted for alleged corruption and is awaiting trial.

This has led to a huge rise in civil unrest, including a noisy protest when US president Barack Obama visited Soweto last year.

Red-beret wearing, nationalist and socialist, Malema has successfully modeled the EFF on ex-Venezuelan president Hugo Chavez’s populist Bolivarian movement. After 20 years of ANC rule, the EFF says it is time for nationalisation of the commanding heights of the economy and genuine Black empowerment.

It has cleverly allied with the small Socialist Party of Azania and Black Consciousness Party whose candidates were part of the party’s election slate.

In the first free election in which Black people could vote in 1994, the Nelson Mandela-led ANC won overwhelmingly with a two-thirds majority. 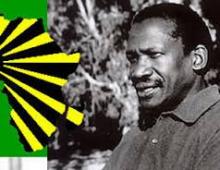 Its main Black rival, the Pan Africanist Congress of Azania (PAC), of the great Robert Mangaliso Sobukwe, managed to get just four seats after running a ramshackle election campaign. The PAC has always been much less well resourced than the Western-backed ANC.

Now the PAC has just one MP left.

When I led the Labour Party Black Sections between 1986 and 1988, we developed a policy of supporting all the South African liberation organisations, including the Pan-Africanist and socialist PAC. This policy infuriated the Labour leadership and white-run Anti-Apartheid Movement (AAM), who solely backed the ANC. We also founded Black Action for the Liberation of Southern Africa, an umbrella group of Black British organisations. The AAM then belatedly set up a Black Solidarity Committee to win the support of Black Britons whom they had ignored throughout the movement's existence.

Sadly, the PAC has been riven with infighting, most notably when its star parliamentarian Patricia de Lille broke away after disputes with the party’s ageing male leadership. In 2003 she formed her own party, the Independent Democrats, which later merged with the DA.

I met de Lille in Cape Town, for talks about South Africa’s political situation in 2001, after she had become headline news for blowing the whistle on a shady ANC government arms deal.

De Lille bravely led the call for an investigation into alleged corruption in South Africa's purchase of weapons costing £4bn from British and other European manufacturers. She argued the weapons were not needed and the money could have been better spent on health care and housing projects.

Jacob Zuma, South Africa’s president, and other ANC leaders were claimed to have taken millions of pounds in bribes from the multinational companies involved. But there was neither an independent investigation nor prosecutions.

De Lille told South Africa’s Sunday Times in 2009: “I am angry because the majority of our people are not seeing the warning signs that are coming from the ANC, a liberation party that has no respect for the Constitution and the rule of law and is prepared to erode both just so that one man can become the leader of our country.”

She added: “By letting these ANC crooks off the hook we are sending entirely the wrong message to our people. Government is saying that there is a way out for those who break the law.”

De Lille was elected DA mayor of Cape Town in 2011.

Zuma was put on trial for the alleged rape of a family guest in 2005, but was controversially acquitted. He has also fought a long legal battle over allegations of racketeering and corruption.

In 2009, prosecutors decided to drop the charges against Zuma, the then deputy president, citing political interference by president Thabo Mbeki. Zuma and Mbeki were involved in a bitter power struggle at the time.

Zuma came out on top when he defeated Mbeki for the ANC leadership, with Malema's support because the youth leader thought he was the more radical of the two only to be double crossed later. Mbeki then resigned as president. Zuma became president in 2009 and has proved much more Afrikaner and big business-friendly than Mbeki and Malema has become his harshest critic.

In October 2012, the public prosecutor announced investigations into the financial circumstances surrounding R246m ($23m) of taxpayers’ money spent on security upgrades to Zuma sprawling private residence, known as Nkandla, in an poor part of South Africa.

State-owned media have been banned from calling it "Nkandlagate", and journalists were warned not to reveal the details of “top secret” documents.

Then there was the scandal that sparked public outrage of a plane carrying Indian guests to a wedding of the wealthy Gupta family that was allowed to land at a military air base in Pretoria, the South African capital, last year. The Guptas are close friends of Zuma and have employed members of his family and allegedly showered them with gifts, including a house. A furious ANC minister said the Guptas should not treat South Africa as if it were a "banana republic" and the party made a public apology about the aircraft incident.

Zuma’s popularity slumped as a result of these scandals and he was booed by the crowd at the national football stadium memorial event attended by world leaders after Nelson Mandela's death in December last year.

But, despite its discredited leader, in this month’s election the ANC lost just 15 of the 264 seats it won in 2009. Yet there has been considerable opposition to the party from prominent people. Winnie Mandela, its popular women league leader, was dropped as an MP and sidelined after backing the struggles of poor Black people in the townships and crticising the ANC leadership, including her own husband. Nobel peace prize winner Archbishop Desmond Tutu has accused them of "jumping on the gravy train" and enriching themselves.

This year more than 100 disgruntled former ANC leaders, including ex-intelligence minister Ronnie Kasrils and former deputy health minister Nozizwe Madlala-Routledge, launched, a protest campaign against the political corruption with the slogan "Vukani! Sidikwe!” (Wake up! We are Fed up!) Vote No before the election. 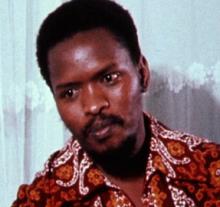 It urged ANC supporters to either spoil their ballot paper or vote for a smaller party. Tutu was among many people who welcomed the protest and human rights activist and cleric Barney Pityana, a close ally of Steve Biko, who was murdered by the apartheid regime, described it as "a campaign to bring rationality, order, morality and decency back into our electoral system”.

But, when the votes were counted, there were just 251,960 spoilt ballot papers, representing 1.25 per cent of the electorate. And media commentators ignored the protest.

Before the election, Kasrils wrote in The Guardian: “Full equality – social and economic – does not exist, and control of the country's wealth remains in the hands of a few, so new challenges and frustrations arise.”

He went on: “Veterans of the anti-apartheid struggle like myself are frequently asked whether, in the light of such disappointment, the sacrifice was worth it. While my answer is yes, I must confess to grave misgivings: I believe we should be doing far better.”

Kasrils stated: “Most shameful and shocking of all, the events of Bloody Thursday – 16 August 2012 – when police massacred 34 striking miners at Marikana mine, owned by the London-based Lonmin company. The Sharpeville massacre in 1960 prompted me to join the ANC. I found Marikana even more distressing: a democratic South Africa was meant to bring an end to such barbarity.”

He added: “And yet the president and his ministers are locked into a culture of cover-up. Incredibly, the South African Communist party, my party of over 50 years, did not condemn the police either.”

Kasrils revealed: “From 1991 to 1996 the battle for the ANC's soul got under way, and was eventually lost to corporate power: we were entrapped by the neoliberal economy – or, as some today cry out, we ‘sold our people down the river’”.

An International Monetary Fund loan was taken, “with strings attached”. A radical economic agenda was therefore no longer possible and the nationalisation of the mines and heights of the economy, a central plank of the ANC’s Freedom Charter, was ditched.

Kasrils noted: “The ANC leadership needed to remain determined, united and free of corruption – and, above all, to hold on to its revolutionary will. Instead, we chickened out.”

So why do most South Africans still flock to vote for the ANC? Kasrils states: “At present the impoverished majority do not see any hope other than the ruling party, although the ANC's ability to hold those allegiances is deteriorating.”

That is where Malema’s EFF has struck a chord with poor and young South Africans, in the fine tradition of the moribund PAC, Azanian People’s Organisation and Steve Biko’s Black Consciousness Movement.

Like Malema, Biko ex-partner Mamphela Ramphele, a former managing director of the World Bank, launched her own party 10 months ago.

Named Agang, a Sotho–Tswana word meaning, "let us build", the party’s lofty aim is to bring about reforms towards direct governance, striving to "build a stronger democracy in which citizens will be at the centre of public life”.

But Ramphele, who made a terrible tactical error during the election of first agreeing to be the DA’s candidate for president of South Africa and then pulling out in the face of opposition from her party members, was the only person elected to parliament for Agang. Yet, when I was in South Africa last summer, there had been great expectation that Ramphele would achieve a major breakthrough.

In the 2009 general election, the party received 1,311,027 votes and a 7.42 percent share of the vote. This time round COPE won a fraction of one percent and lost 27 of its 30 seats, because of public divisions within its ranks. The EFF picked up most of the Black anti-ANC vote.

Zuma is guaranteed a second term in office because, like in Britain, the South African parliament chooses the country’s political leader, so which ever party has a majority picks the president.

If voters had directly elected the president the outcome might have been quite surprising.

Meanwhile, in a development that could have even more dramatic results than the rapid rise of the EFF, South Africa’s largest trade union, the Metalworkers Union of South Africa (NUMSA) has decided to form a socialist party and run against the ANC at the next election.

Might NUMSA’s move in South Africa be a precursor to what could happen if British Labour Party leader Ed Miliband loses next year’s election?

Like the political situation 6,000 miles away in Africa, working people in the UK are showing growing discontent with a Labour Party that is increasingly indistinguishable from its pro-big business Con-Dem rivals.