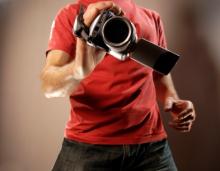 Much was good for our website over the last year. It became stronger as a brand, and helped build its Facebook citizen journalism group to almost 7,000 active members. 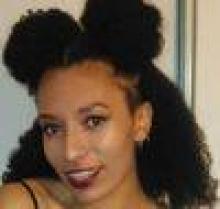 The-latest is proud to have welcomed on board some new featured contributors from around the world.

These are America correspondent Karen Hatter, a blogger and veteran community activist, Donnacha DeLong, the ex-National Union of Journalists president from Ireland, Brussels-based Tola Ositelu, Simone Mendez, who lives in Birmingham and travelled to Leipzig in Germany on assignment for us, and renowned war and peace author Richard Lance Keeble, who is a top journalism professor. Richard has written an excellent piece on the 25th anniversary of the doomed US intervention in Somalia.

There are few news portals where you can read the type of alternative international news, from refreshing angles and with great analysis, available here.

We're developing another documentary, Dying for a pauper's funeral, about the scourge of loneliness that can lead to anonymous funerals, to add to our film and photography school project, Divided by Race, United in War and Peace, and the BBC's Fighting for King and Empire, Britain's Caribbean Heroes, on which it is based and that we helped produce.

Divided by race came out of a Heritage Lottery-funded project and was screened in London’s West End. It has won critical acclaim, including a five-page spread in the New African news magazine.

Divided by Race highlights included the film being broadcast in primetime by SABC, South Africa’s equivalent of the BBC. It’s a pity we were shunned by British broadcasters and had to go 6,000 miles away. We’re still fighting to get a UK Tv broadcast of the film.

Multi-award-winning film director Ken Loach has praised the Dying for a pauper's funeral proposal and said the film must be made. With your help it will be. 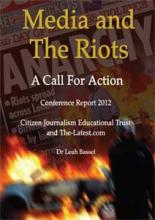 The report of our much-praised conference, Media and the riots - A Call for Action, continues to sell really well, with orders coming from all over the world.

Loads of time and effort has been ploughed into giving the website a facelift, to put it on par with the best user-generated content news portals around. The redesign took a dedicated team three months to achieve. Now we must match this exciting new look with really good content.

For the New Year's competition, we’re offering a £60 first prize and £40 second prize, as a spur to our loyal members, for the best 500-600 words story, picture captioned image or video clip on a topical news subject that fits the alternative remit of the-latest. Content for the competition should be submitted using the “Your report” part of the site on the home page. The deadline for entries is noon on Wednesday, January 31. 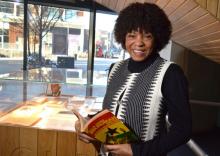 Entries that don’t win but deserve commendation will be published and receive recognition on the site. The decision of the editors, who’ll judge the competition, will be final.

If you want help or ideas have a look at the “Journalism tips” section at the foot of the home page. There you’ll see things like our style guideline and tips on copy layout, how to get stories and how to blog, among other subjects.

Search the Street photographer of the Year images and The Latest video box on the site for other ideas.

If you have suggestions, for example, about how you would make the site better, including improving its news gathering, please email them to contribsed@the-latest.com

Have a prosperous and successful 2018.

Blazing rows, the place a mess and 'lazy staff'