We can all celebrate the Jamaican gold rush 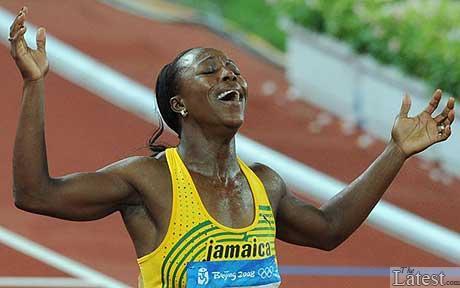 Jamaica's Veronica Campbell-Brown hurtling ahead of the rest of the field in a new world-best performance for the year drew a gasp of admiration from the white middle-aged woman standing next to me. We were both watching a plasma-screen television in central London on Thursday.

As the British-born son of a Jamaican father, I felt pride when the office worker told a colleague: "The Jamaicans are doing brilliantly. You know she (Campbell-Brown) was 10 metres ahead of the rest of the field and that was only a heat, not the final."

Is there at last a tribal sports solidarity between white and black Britons, I wonder? Campbell-Brown went on to successfully defend her Olympic title and win the 200m.

Legendary British athletics supremo Arthur Gold confided to me almost three decades ago that the UK team would be a majority black in my lifetime. But this milestone, which has now been achieved, does not impress my Jamaican friend Patricia McIntosh who is more concerned about the gender gap.

On the phone from her Montego Bay, home, she urged: "Don't forget the outstanding performances of the Jamaican women athletes". Patricia is the maternal aunt of an international sprinter from the Caribbean island enjoying a gold rush of Olympic medals. Such was the intensity of the competition for a place in the Jamaican team, her niece Kaliese Spencer, the world 400m hurdles junior champion, did not qualify for the Olympics. The event in Beijing was won by her team-mate Melanie Walker.

Aunt Patricia agreed that her new national hero Usain Bolt winning gold medals in world record times in the men's 100m, 200m and 100m relay was phenomenal. But she insisted that Jamaicans, at home and abroad, should not lose sight of the fact that the country's women have won four golds and two silvers and are hot favourites to win again in the sprint relays.

For Patricia, female athletes have been the greatest success for Jamaica at the Beijing Olympics, but she said you wouldn't think that from the way the media on the island have covered the games.

There is the argument that men run faster and are therefore of more interest to sports fans. But, as someone who has been a member of the British athletics writers association, I agree with my friend Patricia that a great performance deserves the same recognition no matter whether the competitor is male or female.

My face lit up with a huge sunshine smile when a Jamaican trio in the women's 100m achieved a clean sweep with Shelly-Ann Fraser winning gold and Sherone Simpson and Kerron Stewart clinching joint silver. Shericka Williams also won a silver in the 400m behind Britain's Christine Ohuruogu, who has enjoyed ecstatic front-page coverage in UK newspapers. No complaints there.

And I'm sure most of the world leapt from their seats and cheered when Usain Bolt created history by ensuring that at last Jamaica lifted the Olympic 100 metres crown for the first time in its own right. Like lightning, he streaked to a 9.69 secs world record victory in Beijing. I say "in its own right" because Jamaican-born Donovan Bailey (Canada) and Linford Christie (Britain) have already won the blue ribbon event. As did Canadian-Jamaican Ben Johnson, who was later disqualified for taking drugs and forfeited his title as a result.

In Beijing, killjoy Olympics boss Jacques Rogge has unwittingly revealed that it is not just on gender that the Olympic movement need to be more modern. Rogge told Usain Bolt to give more respect to opponents after the Jamaican claimed the first sprint double for 24 years. Bolt showboated at the start and finish of his world-record breaking 200m race and slowed up yards from the line in the 100m final so he could celebrate.

"That's not the way we perceive being a champion," Rogge said. He added: "I've no problem with him doing a show. But I think he should show more respect and shake hands after the finish."

Rogge's olde worlde comments evoked flashes of Chariots of Fire, the film based on two gentlemen British Olympic sprinters in the 1920s.

Now, no longer are reggae and Red Stripe Jamaica's most famous exports.

Champion Semenya has been treated as 'a leper'