News that BBC Chairman Michael Grade was to defect to ITV, the corporation's biggest terrestrial competitor, 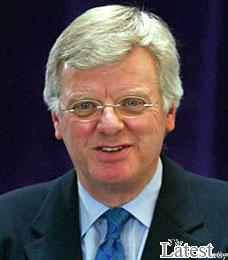 was sensationally broken by the online arm of one of Britain's biggest selling newspapers, The Telegraph.

Roussel reveals that  The Telegraph's  strategy was to hold on to the story until 9.45pm on the day so that they could feed it to the BBC's 10pm news, but still scupper most newspaper rivals' full coverage the next day. He stated that The Telegraph exclusive was a  'reality check' and that the 'web first' approach was starting to yield results.

Michael Grade was BBC1's controller in the 1980s and rejoined the corporation in 2004 after its reputation had been eviscerated by the Hutton report into events surrounding the death of Dr David Kelly, the government's weapons expert.

That public humiliation prompted the resignation of Grade's predecessor, Gavyn Davies, and the director-general, Greg Dyke. Grade has reportedly tried hard to rebuild morale inside the BBC, while supporting new director-general Mark Thompson's controversial efforts to  axe about 4,000 jobs.

The considerably higher pay Grade will receive at ITV is likely to have influenced his decision to move channels. He will receive a base salary of  £825,000 as well as a potential bonus when he takes up his post in the New Year. Grade will also be eligible for a long-term share award based on ITV's performance over five years equivalent to 150 per cent of his salary. At the BBC, he is earning  about  £140,000.

But the reason Grade gave for the move was his keenness to get back into the business of frontline programme-making. His showbiz uncle Lew Grade is widely credited with being the father of ITV.

1 Response to "Website scooped news of Grade's switch to ITV"

<p><strong><u>Chris Gaynor</u></strong></p> The talk of the town a couple of weeks ago was media mogul Rupert Murdoch and Co! Now Michael Grade's move to ITV is hot news - It seems like Murdoch, Grade has been everywhere in TV - BBC - ITV - C4 Where next after ITV?