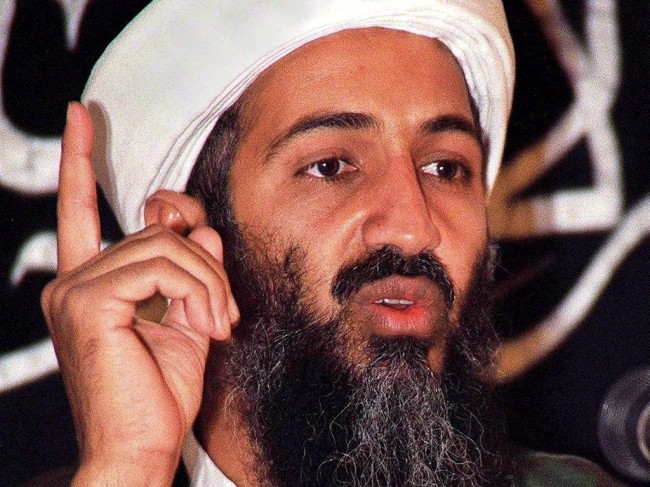 It confirms if nothing else that we live in an age of the spectacle - so brilliantly analysed by the post-modern theorists Guy Debord and Jean Baudrillard. Yet, as the French philosopher Christian Salmon stresses, the event also reminds us that, paradoxically, the invisible lies at the heart of our hyper-mediated society. 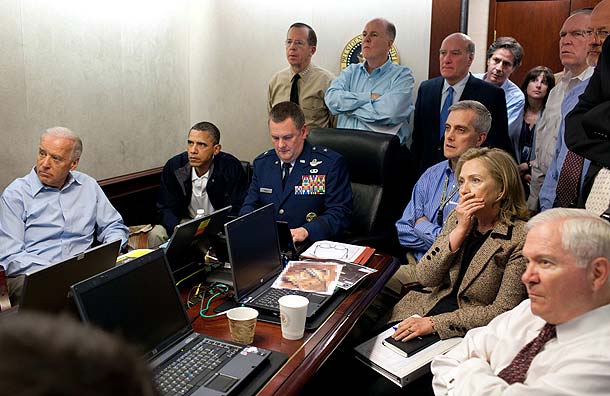 Take the two iconic images to emerge from the gunning down of Osama bin Laden on May 2 2011. There is the extraordinary image of President Barack Obama, supposedly fresh from a game of golf, sitting with members of his national security team in the “situation room” at the White House.

It is a rare peep for people like you and me into the operations and personalities of the secret state. The doors are suddenly thrown open and what do we see? All of them bar one are simply staring at a screen. So we, the media consumers, are left looking at them looking.

But what they are observing remains tantalisingly out of view to us: invisible. Indeed, as invisible as Saddam Hussein’s Weapons of Mass Destruction. We are told the national security team are following the shots taken by a camera held by one of the US secret navy Seals engaged in the assault on bin Laden’s hideaway home in Abbottobad.

That might be true - it might be deliberate misinformation. Yet what is significant is that those inhabitants of the “situation room” are establishing their status as powerbrokers in the society of the spectacle by claiming the role of privileged voyeurs - in this case, of an assassination mission.

Admiral Mike Mullen stands right behind Obama and Brigadier General Marshall B. "Brad" Webb sits to his left peering at a computer screen.

So the image confirms both the privileged place of the military (that gobbles up a cool $700 billion a year) in the US - and that its most important activities remain secret, invisible.

On a computer keyboard in front of Secretary of State Hillary Rodham Clinton lies, tantalisingly, a white sheet where an image has clearly been obscured and pixellated. So once again we voyeurs into the operations of the secret state are reminded of how the invisible and the spectacular necessarily coexist. 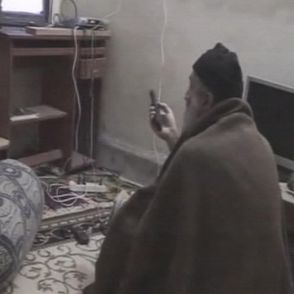 The other iconic image shows, allegedly, bin Laden in a room in his hideaway. And like those inhabitants of the “situation room”, he is engaged in a simple activity: he is watching a screen.

We are told he is looking at footage of himself on television. That might be true or false: we cannot see the image on the TV screen. It has been whitened out: it’s invisible. But what is clear is that, within the society of the spectacle, the US propaganda machine deliberately smears their “Enemy No. One” principally by showing him as a narcissistic voyeur.

Even during the hyper-mediated events following the assassination the invisible remains prominent: the Seals who carried out mission “Geronimo” are anonymous, the violence of the assault we will never see – nor the image of the slain bin Laden, quickly dumped out of sight into the sea (according to the propaganda). 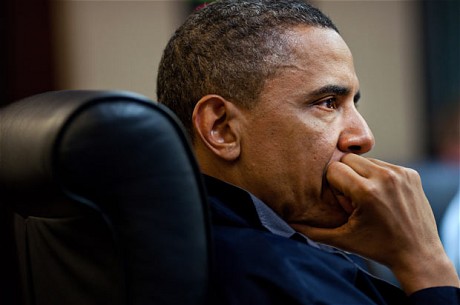 The events surrounding the killing also confirm how the banal is such a central ingredient of spectacular. Here is the nation with the most sophisticated surveillance technology at its fingertips (with satellites in the heavens above us supposedly so powerful they can read the number plates on cars) and with one of the most heavily resourced and ruthless intelligence operations in the history of the world.

And yet for 10 years bin Laden somehow managed to elude their grasp. And in the end he turns up on the doorstep of a Pakistani military academy close to the country’s capital. It is as if the gravitas and righteousness of the “war on terror” are undermined by the lies on which it is based – and so the rhetoric collapses into banalities. 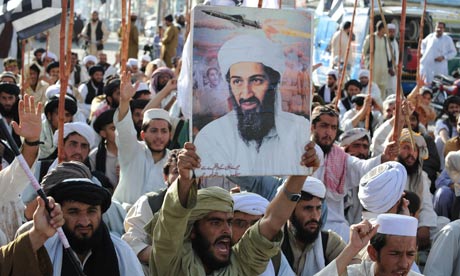 The “world’s greatest threat”, the “mastermind of a monstrous global terrorist movement” ends up being shown as nothing more than a pathetic old man, huddled beneath a shawl in a scruffy room (looking rather like an untidy, grotty bedsit of your average student) struggling to get his ancient-looking video recorder to work.

And so the Hollywoodised myth of the evil recluse plotting the destruction of Western civilisation in his million-dollar mansion is shattered by the banality of the ordinary.

* Richard Lance Keeble is an author and professor of journalism at the University of Lincoln. The-Latest's editor Marc Wadsworth has contributed a chapter on citizen journalism to his new book, Face the Future. Tools for the Modern Media Age.