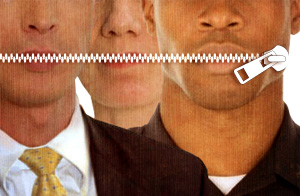 Online pirates are on borrowed time after Members of Parliament in the UK passed the Digital Economy Bill last week.

But the highly complex suite of new laws - voted on by just a third of MPs after a mere three-hour debate - is such a mess that the Government had to promise a 60-day review of controversial clauses after the general  election.

Much of the debate in the third reading of the Bill in the Commons was over the indecent haste with which the Government has proceeded with making laws at the behest of the creative industries, which stand to gain financially from the suppression of file-sharing on the internet.

The Digital Economy Bill was included in the 'wash-up' of laws to be passed quickly before Parliament is dissolved and general election campaigning begins in earnest on Monday. The process is normally reserved for uncontroversial, uncomplicated Bills, but the Digital Economy Bill - which has provided the amusing spectacle of fusty old lords who can barely switch on a computer attempting to comprehend 'peer-to-peer' file-sharing - is neither of those.

One of the most draconian measures is Clause 8, which would enable a secretary of state to block "a location on the internet which the court is satisfied has been, is being or is likely to be used for or in connection with an activity that infringes copyright". Not even music industry execs expected this section to be passed.

Lib Dem MP Don Foster questioned the use of the word "likely" and the "indefinite" nature of injunctions. He is right to be concerned; after all, YouTube - hardly a minority website - could quite happily be described as "likely to be used for... an activity that infringes copyright".

Labour MP John Hemming suggested that WikiLeaks, now in the news for uncovering a shocking video of US Apache helicopter pilots gunning down innocent Iraqis, could be a victim of Clause 8, since the US military could claim a breach of copyright.

The Bill also contains measures which will allow people to have their internet connection suspended after a number of warnings if they persistently distribute copyrighted material.

The Conservative Party hasn't exactly covered itself with glory during the past two readings of this Bill in the Commons. They helped vote the Digital Economy Bill through last night, although they all but admitted it would be a disaster when shadow culture secretary Jeremy Hunt said during its second reading on Tuesday: "We reserve the right to review anything that becomes law as a result of the wash-up, if we win the next election, and we will indeed review it, if it turns out that the legislation is flawed."

Is the Media Racist?