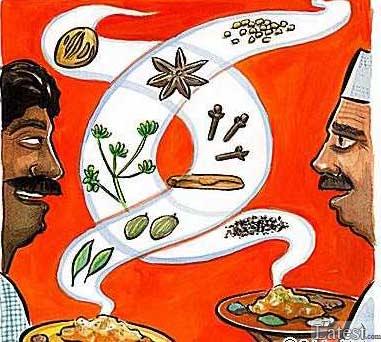 It's hard to believe, but once there was a world without coriander. Not so long ago it was safe to order food almost anywhere in London (not to mention the rest of Britain) and be reasonably assured that it would come coriander-free. Then something sinister happened.

And all of a sudden coriander exploded into our cuisine and no one and nothing was safe. The world divides pretty evenly into those people who love coriander and those who loathe it. For those who hate it the reaction is extreme, and for me coriander is ruining the world and ruining my life.

It's ghastly. Worse, it assaults you. It's no wonder that it used to be known as the 'very stinking herb'. That apparently was why it was used in medicine in ancient times when anything with an unpleasant smell (not to mention taste) was thought of as curative.

It would certainly cure you of ever wanting to eat it again, despite the fact that the Israelites compared it to manna in the Old Testament and the Chinese believed the seeds offer immortality.

Apparently, in the Late Bronze Age, invaders introduced coriander into Britain, which they used to flavour their barley gruel. As little is known about the origins of the plant it is my guess that it is a cunning plot.The British mixed coriander with cumin and vinegar to preserve meat. It was also a cure for flatulence.

The name coriander originates in the plant's strong bug-like smell (my point exactly) of the leaves . The Greek word koros means insect or the Greek word koriannon meaning bug. And that is how it tastes and smells. People with perhaps little else to consider argue over whether it is a spice or a herb. Who cares?

How coriander can be a member of the very nice and delicious parsley family is impossible to understand, but it is one reason they are so easy to mix up and people can be trapped into thinking they are eating parsley when that first mouthful shocks the system. One of its names is Chinese parsley which is a misnomer.

Some fool thought that coriander   was an aphrodisiac and added it to love portions. As that was some time ago there is no data to see how successful it was, but my guess is that it failed. So call it what you will - cilantro, coriander -   chances are diamonds are still a girl's best friend.