Why have journalists shown little interest in a Caribbean disaster?

St Vincent and the Grenadines is going through their biggest natural disaster in the last decade and yet the mainstream media in Britain, which used to rule the country, have been quiet.

La Soufriere volcano on the northern tip of the St Vincent Island first erupted on April 9 and has caused mass destruction across the small Caribbean nation and forced more than 20,000 people to evacuate from their homes - 15 percent of the population. Thousands of them are currently living in shelters across the country, which is covered in thick volcanic ash. The main island of St Vincent, which is part of a chain of smaller islands called the Grenadines in the southern Caribbean, does not have clean water or electricity. 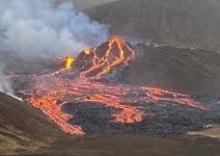 Despite the huge, visually impactful images of the volcano’s eruption shown in the news when the natural disaster first unfolded, there has been little coverage or support from mainstream British media.

Liseli Thomas, a 19-year-old journalism student, travelled to the UK from her home in nearby Barbados when the first eruption occurred. She explained it may be due to the fact that people aren’t traveling to the Caribbean because of the Covid -19 pandemic and therefore they aren’t affected by it.

She said: “I think the media hasn’t really covered the story because people don’t care about the Caribbean unless they are going for vacation there to take a nice picture. People don’t care about what’s going on in the islands in general, since Covid, because people haven’t been able to go to the Caribbean. So, there’s not much media coverage because they know people won’t care. They don’t care when these things happen.”

Thomas could see the devastation from her island, 118 miles away, as well as how the volcano has affected Barbados.

She said: “I woke up to red and grey skies, it was like the apocalypse. Very quickly the government started closing everything and telling everyone to go home and close their windows because volcanic ash is very bad for your lungs. If we went outside we had to wear masks. The next morning everything was dark.”

Although the UK government has provided £800,000 to support the Island of 110,589 people, social media has been ablaze with people complaining how mean that amount of money is. They’ve unfavourably compared the sum with the £190m British politicians have been talking about spending on a new yacht for the Queen to be named after her recently departed husband, Prince Phillip.

One Twitter user said: “So they (the UK government) can’t afford to feed children, give NHS staff a pay rise and can only give £200k to St Vincent [the sum was later raised to £800,000], but they want to spend £190 million on a royal yacht.”

However, Liseli explain that she thinks the Caribbean should stop relying on the UK and other countries for economic aid.

She said: “While people think we need help, which we do because we are not the richest of countries, the Caribbean has been talking about independence from the Commonwealth [of former British colonies] for a long time, some islands in the Caribbean are completely independent, other countries aren’t.” 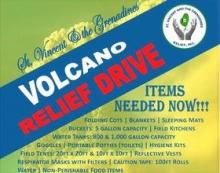 Thomas added: “Some islands have the Queen as the Head of State and some are removing her currently, including Barbados. So why would we ask for help from the people who we’re trying to get rid of? I think we need to stop depending on them and depend on each other and the people in our regions.”

The British public are donationing essential items to send to St Vincent and the Grenadines, which begs the question of why the mainstream media has done  little to no coverage about the volcano since it first erupted?

By contrast to the British government's pathetic relief effort, the UN has launched $29 million global appeal to help St Vincent as well as other various charities and organisations offering support the island during this tragic time. 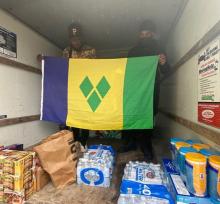 Here are sites that are accepting public donations: The Salvation Army.

*Madeline James is a second year journalism student at the University of Sheffield.

Why have journalists shown little interest in a Caribbean disaster?