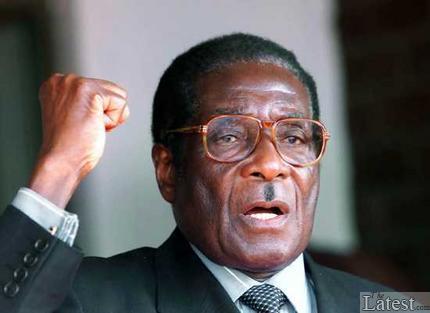 Zimbabwe's controversial presidential run-off went ahead on Friday despite the withdrawal of the opposition and a storm of international protest to which Nelson Mandela has added his voice on a visit to London.

Morgan Tsvangirai, the leader of the opposition Movement for Democratic Change described the vote as a "sham" and called for the African Union, backed by the United Nations, to lead a transition of power in Zimbabwe. But George Chiweshe, the chairman of the Zimbabwe Electoral Commission, said Tsvangirai's withdrawal last Sunday had been filed too late to have any legal effect.

Now it looks like Tsvangirai has been outmanoeuvred by Robert Mugabe, the great survivor of African politics.
Back in March, when the first round of voting took place, Mr Mugabe was humiliated by being beaten into second place in the presidential race, and by losing the parliamentary election outright.

Now the run-off is a one-horse race that he cannot fail to win with an overwhelming majority. The key to understanding Mugabe is to look back to the 1970s guerrilla war where he made his name.

World opinion saw him as a revolutionary hero. He was the liberator from white colonial rule, but his early political promises of reconciliation and democracy were overtaken by a strong authoritarian streak and a deep distrust of opposition. Now he's fired by anger. His opponents, in particular the Movement for Democratic Change, are labelled as "sell-outs" to white interests.

He stays in power because he simply doesn't care what the outside world thinks of him - even his regional neighbours, who are seen as the only voices who might just be able to make him listen. If his neighbours asked him to step down he wouldn't. If anyone has a chance to bring even the smallest amount of influence on Mr Mugabe it's the South African leader Thabo Mbeki.

He's been attempting to set up a face to face meeting between Mr Mugabe and Mr Tsvangirai, but Mr Mugabe is saying "No". It's understood Robert Mugabe isn't even answering his phone when African leaders try to call him. Thabo Mbeki is said to have "reached a point of real exasperation with Mugabe".

But to get inside the mind of Mr Mugabe is to understand that he really doesn't care. His only concern is political survival. History and an abiding belief in his own destiny as protector of Zimbabwe from re-colonisation shape his dogged determination.

Speaking at a dinner in London on Wednesday to mark his 90th birthday, Mandela said: "We watch with sadness the continuing tragedy in Darfur (Sudan). Nearer to home we have seen... the tragic failure of leadership in our neighbouring Zimbabwe."

An official from Mugabe's Zanu-PF party described the comments from Mandela, which have been seized upon by hostile Western news media and politicians, as 'unacceptable' and 'unfortunate' for a man of his stature.

Tragedy of Jamaica's lethal cocktail of crime and politics

Mugabe&#39;s first wife being in a British gaol might also be a factor.