Why the Stop Online Piracy Act 'is dangerous' 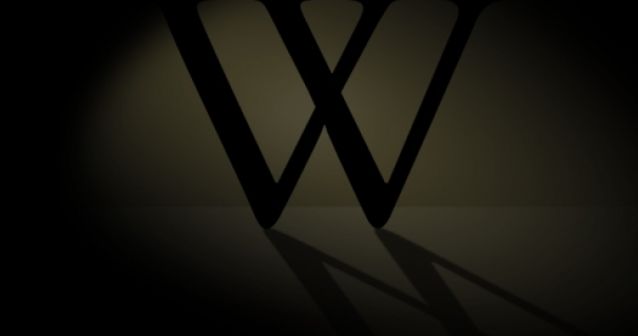 It’s been more than 18 years since John Gilmore offered up his famous explanation of why the internet is the most powerful tool for free speech ever invented.

That’s long enough for an entire generation of Wikipedia-using, Etsy-shopping, Reddit-browsing and Facebook-sharing internet users to be born, raised and apply to college. But as some members of that generation may discover when they log on to their favourite website and discover it dark and silent, Gilmore’s insight has rarely been more relevant than it is today.

Some very well known and highly popular websites, including Wikipedia and Reddit, effectively turned themselves off today, acting in protest at proposed congressional legislation that they believe poses a stark, existential threat to the core architecture of the free and open internet. 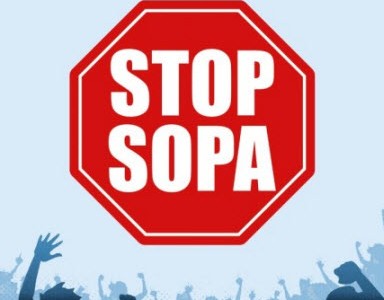 In other words, the operators of these websites have decided that two bills currently under consideration in the US Congress - SOPA, the Stop Online Piracy Act, in the House; and, in the Senate, PIPA, the Protect Intellectual Property Act- represent “damage.” And so they’re routing around it, by any means necessary, including, ironically, purposely damaging themselves, albeit temporarily.

Judging by the outraged reaction of the interests pushing the legislation, the “blackout” was already working before it officially began. On Tuesday, Lamar Smith, the House Republican who is the chief sponsor of SOPA, dismissed Wikipedia’s protest as “a publicity stunt.” Former Democratic Senator Chris Dodd, now president of the Motion Picture Association of America, went much further, calling it an “irresponsible response,” “an abuse of power” and “a dangerous and troubling development.”

That, people, is the sound of political heat. Several months ago, few Americans knew or cared about SOPA. Bipartisan support suggested the measure would sail through Congress. But a drumbeat of alarm raised by technology companies, major internet players and a legion of critics dramatically changed the political dynamic - to the point that the Obama White House even bestirred itself this weekend and announced, “We will not support legislation that reduces freedom of expression, increases cyber-security risk, or undermines the dynamic, innovative global Internet.”

How, you might well ask, does legislation that is purportedly aimed at stopping the wanton piracy of movies and music and commercial software and anything else that can be copyrighted, threaten to eviscerate “the dynamic global internet”?

The owners of intellectual property undoubtedly exaggerate the financial cost of online piracy, and they are almost certainly foolish to think that their Neolithic business models will be rescued by tighter enforcement, but there’s little question that rampant abuse of intellectual property is indeed flourishing online. Don’t the injured parties have a basic right to seek redress?

The problem is that the proposed solution goes way too far, completely upsetting the trade-off that currently exists between a little bit of anarchy and a whole lot of incredibly valuable innovative online services. In their haste to tighten the screws, the special interests behind SOPA are handing governments and private actors a club that packs much too powerful a wallop.

Right now, under the terms of the Digital Communications Millennium Act (DCMA), if an IP owner sees something on, let’s say, YouTube or that constitutes a violation, the injured party can send a takedown notice for that item specifically to the operators of the website in question. It’s not an ideal solution, but it’s been in place for about 10 years, and during that period an incredible ecology of internet services has emerged. There is no question that videos are posted to YouTube every single day - probably every single second - that embody some form of copyright violation, but many would argue that the sum value of what YouTube has to offer society represents a net gain.

Under SOPA, as originally envisioned, a single perceived violation could get an entire website shut down, or just as effectively, choked to death; SOPA includes provisions through which a single allegation of abuse could result in the cessation of payment processing or advertisement delivery to a website. Cut off the finances, and you kill the site.

The Electronic Frontier Foundation (which, incidentally, was co-founded by John Gilmore way back in the day) offers a good example of how this could work in theory, as applied to Etsy, the popular online markeplace for handmade goods.

Etsy has over 800,000 active “shops”… — far too many for Etsy to monitor manually. Further, because of the eclectic nature of goods listed, it’s difficult to technically filter through the objects listed.

All of that means that it’s not feasible for Etsy to proactively prevent listings that may be perceived to violate US copyright or trademark law. That’s a problem, because under SOPA, anybody who is a “holder of an intellectual property right harmed by the activities” of even a portion of the site, could serve Etsy’s payment processors with a notice that would require them to suspend Etsy’s service within 5 days. That means that a trademark violation in one of the storefronts could lead to payment suspension across the entire site.

If a site like Etsy is forced to proactively review every single item its sellers put up for sale, then Etsy no longer has a business model that will work. And the same would be true for Facebook, or YouTube, or any other site that incorporates user-generated activity as part of its business plan. Suddenly, we’re back to the old model, with that familiar centralisation of authority and control and disenfranchisement of the masses.

It’s very easy to imagine a nightmare scenario, in which a government or private actor uses the pretext of a copyright violation to shut down a critical source of information. David Sohn and Andrew McDiarmid of the Centre for Democracy and Technology cut directly to the heart of the matter in the Atlantic:

To protect themselves, platforms of all kinds would be pressured to actively monitor and police user behaviour. This new de facto duty to track and control user behaviour would significantly chill innovation in social media and undermine social websites’ central role in fostering free expression. It would also set the dangerous international precedent that governments seeking to block online content - be it infringement, or hate speech, or political dissent - should look to online communications platforms as points of control.

There are two visions of the future battling for supremacy here. In one scenario, top-down order and control are restored, and the disruptive chaos of the internet is repressed. In another, society accepts some messiness in return for unleashing the amazing collective power of the digitally networked masses. As political support for SOPA and PIPA in their current forms has evaporated over the past week, it’s been quite clear which side is winning.

No wonder Chris Dodd is so angry. The internet is treating him like damage, and routing around it.

*Andrew Leonard is a staff writer for online journal Salon.

Whatever happened to all-Black shortlists for political hopefuls?