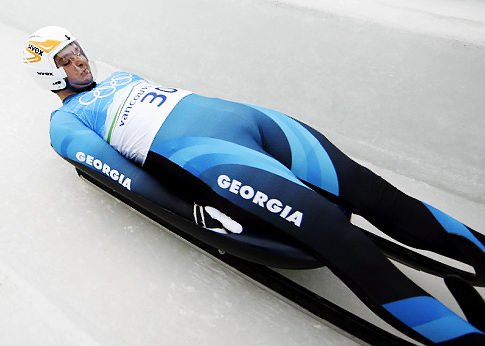 It is always difficult to speak in one voice for a whole nation, whether it's gigantic China or my little Georgia, once part of the former Soviet Union. Yet, there are some exceptions.

The Georgian president Mikheil Saakashvili managed to express the conviction that seemed to be unanimously held by every Georgian, after the International Luge Federation concluded that 21-year-old Nodar Kumaritashvili’s death, during the practice run on the world’s fastest track in Vancouver at this year's winter Olympics, was the result of “human error”.

Saakashvili also dismissed suggestions that the young slider was inexperienced.

"Nodar was a very rapidly progressing sportsman," Saakashvili said. "He won qualification on his own merits. He didn't come here because he represents some country. He came here because he had to compete. He had to go through ... international competitions. He was training all around Europe. You cannot say it was inexperience."

Kumaritashvili crashed into an unprotected steel pole while travelling at a speed of nearly 145 kilometres an hour. While the International Luge Federation stated that the accident was due to Kumaritashvili's lack of experience, the circumstances surrounding his death suggest the opposite.

During Kumaritashvili's last run, the shielding of the track against the sun started too early. The luger rushed from the bright sun to the dark of the track. This could have easily produced distortions to his vision.

Moreover, it is telling that although the track was claimed to be safe, near the site where Kumaritashvili lost his life, officials have covered the exposed steel beams with a 12-foot-high wooden wall. Other posts have been wrapped with padding. The contour of the final, sweeping turn was also changed as workers shaved the thick ice to stop racers from drifting too high on to the curved walls.

Many questions still remain unanswered about this tragic incident. An immense sense of unease still exists among Georgians like myself who believe that had Kumaritashvili come from an "A-list" country like the US, the sense of urgency to investigate and take corrective action by the International Luge Federation and the  International Olympic Committee would have been greater.

"If this death, which is very tragic by itself, leads to improved security and improved response to people expressing their concerns...maybe then it was not ... in vain. Any human death is not acceptable, certainly."