While Winston Churchill’s role as an extraordinary war leader is being celebrated in a series of recent films, his support for dubious covert warfare has been largely ignored. Take for instance, his backing for the toppling of Mohammed Mossadeq, Prime Minister of Iran, in a joint British and American operation 65 years ago.

In 1951, Mossadeq nationalised the Anglo-Iranian Oil Company, introduced parliamentary elections and sought to reduce British influence in the country. Richard J. Aldrich and Rory Cormac suggest that Mossadeq’s rise was, in part, sponsored by the CIA "because American oil interests, which already dominated Saudi Arabia, were circling like vultures hoping to take British assets". Indeed, Iranian oil accounted for 31 per cent of Europe’s oil imports and 85 per cent of the fuel used by the Royal Navy, according to John Bew, in his recently published biography of Clement Attlee.

So when Mossadeq nationalised the enormous British refinery owned by the Anglo-Iranian Oil Company, "London decided that he was not a man with whom it could do business", report Aldrich and Cormac. In their seminal analysis of US press coverage of Iran, Dorman and Farhang showed how the dominant representation of Mossadeq shifted from that of a quaint nationalist to that of a lunatic and communist dupe. 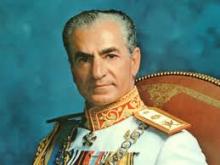 In 1953, the US Central Intelligence Agency (CIA), through Operation Ajax, and British intelligence, through Operation Boot, helped plan a coup. This culminated on August 19 when Mossadeq was ousted and the Shah of Iran, who had been the chief partisan of Nazi interests in Persia during the Second World War, was restored. On the British side, the coup plan had originally been proposed by Labour foreign secretary Herbert Morrison – who advocated gunboat diplomacy to resolve the crisis. But President Truman ruled this out. So Prime Minister Attlee pursued the covert route "developing a secret plot to overthrow Mossadeq alongside a small circle of his most senior ministerial colleagues". 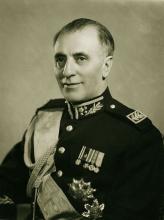 Significantly, Aldrich and Cormac record in their book how Prime Minister Winston Churchill managed to persuade the BBC World Service to alter its Persian-language broadcast's usual signal. "Instead of 'It is now midnight', the announcer stated: “It is now [pause] exactly midnight.” The subtle change served as secret information that Britain was on board and the Shah finally agreed to sack Mossadeq and replace him with [General Fazlollah Zahedi, an anti-Mossadeq army commander]." 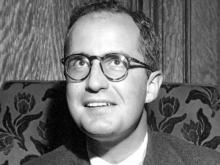 The top CIA operative in Iran was Kermit "Kim" Roosevelt, a grandson of President Theodore Roosevelt, who revealed the agency’s role in his book Countercoup: The struggle for the control of Iran. He was assisted by General H. Norman Schwarzkopf, father of the 1991 Gulf conflict general. Key Iranians were bribed, a massive propaganda campaign frightened people about a Soviet takeover, anti-Mossadeq factions in the army were supplied with American equipment. According to Mark Frankland, the 1953 Iran coup was "the greatest triumph" of the newly-created Special Political Action group of British intelligence, led by Alexis Foster. 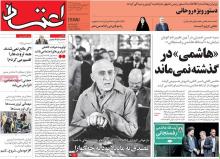 Bloch and Fitzgerald reported: "The Shah expressed his gratitude to the CIA, and in Britain the papers carried the headlines: “Situation restored, as you were in Iran.” The total cost of the exercise was around $10m." But Dan De Luce, the Guardian’s correspondent in Tehran in 2003, commented on the Iran coup: "While it may be reaching too far to link Mossadeq’s overthrow with al-Qaida’s terrorism, it certainly helped unleash a wave of Islamic extremism and assisted to power the anti-American clerical leadership that still rules Iran. It is difficult to imagine a worse outcome to an expedient action."

The CIA officially only admitted its role in the removal of Mossadeq in 2013 – in a declassified document, titled The Battle for Iran, obtained and published by the National Security Archive research institute at George Washington University in Washington, DC. 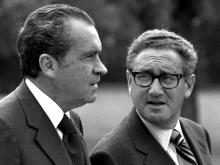 Following the coup, the Shah developed one of the most savage and oppressive regimes of the 20th century. With Britain withdrawing from the Gulf and the American elite still smarting from the Vietnam disaster, President Richard Nixon and his security adviser Henry Kissinger made Iran the focal point of their Middle East strategy, agreeing to sell virtually any conventional arms the Shah wanted. By the time of the 1979 revolution, the $20bn American sales to the Shah had made him the biggest arms customer in history. Britain also established close ties with SAVAK, the ruthless Iranian intelligence service. In exchange for information on Arab countries, Bloch and Fitzgerald reported SAVAK was given a free hand in intelligence-gathering inside the UK.

While most of the targets were politically active students, they also included Labour MPs who campaigned against the brutality of the Shah’s regime. SAS personnel "on loan" to the Iranian military trained their special forces for operations against Kurdish guerrillas in the north of the country. Another SAS unit was entrusted with the protection of the GCHQ monitoring station near Mashad, close to the Soviet border; four of them were captured and executed by Fedayeen guerrillas in 1972.

Last summer, the New York Times journalist, Thomas E. Ricks, published a book Churchill and Orwell: The Fight for Freedom celebrating them both as "fighters to freedom". Significantly, Ricks makes no mention of Churchill’s role in the Iran coup.

*Richard Lance Keeble is Professor of Journalism at the University of Lincoln and Visiting Professor at Liverpool Hope University. His Covering Conflict: The Making and Unmaking of New Militarism is published by Abramis.