Two women have been jailed for killing a female friend during a night of drinks, drugs and violence at a flat in the UK. 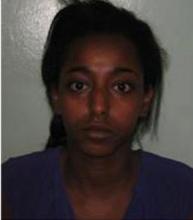 Aidid was sentenced to life imprisonment, to serve a minimum of 15 years. Magdalena Agathine, 21, originally from the Seychelles, of no fixed address, was found guilty of manslaughter. She was jailed for nine years. Her Facebook page said she studied at Bromley College of Further and Higher Education and lived at Purley, Surrey.

Jiumala, of no fixed address, was found dead in a flat at Gainsborough House on the notorious Ayley Croft estate, Enfield, north London, on September 17 2015.

The court heard that police were called by ambulance staff at 9.20pm, to reports of a dead woman at the flat. Officers attended and Jiumale’s semi naked body was found in a bedroom. She was lying face down with a towel partilaly covering her body. Her hair was matted with blood. She had suffered multiple injuries. There was evidence of drug taking and drinking around her.

She died as a result of heavy blows to the head and body. No weapon was used, suggesting she had been punched and kicked to death.

It is believed she was killed some time between 9.30pm on September 16 2015 and eight the following morning.

Jiumale had arrived at the flat on September 13 2015, along with Aidid and Agathine. At some point after their arrival they became involved in a heated row. Ibrahim claimed he had broken up fights between the women in the flat. All the women were known to live a life where they moved from house to house, drank, took drugs and did not have regular jobs.

CCTV captured Aidid beating Jiumale, including hitting her head on the pavement outside the flat on the Wednesday evening, which was witnessed by neighbours. Both women were then seen returning to the flat. Ji 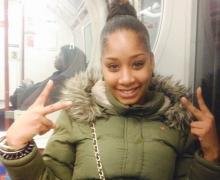 umale had previously called a friend to say she was having trouble with two women in the flat. Nicknamed Spiderwoman because she liked to start climbing when drunk, Jiumale had been involved in several violent i

ncidents before, including with Ibrahim.

Police found Agathine had made calls to a man. Agathine put the call on loudspeaker so both she and Kinse could be heard. She told him that they had argued with Jiumale and that she and Kinse had beaten the girl "pretty badly".

Murder squad Detective Chief Inspector David Whellams, said: “Hamdi Jiumale suffered a violent death at the hands of Aidid and Agathine who consistently lied about the events of that night and failed to take responsibility for their actions."

He added: “They lied throughout their interviews and lied to the court in order to distance themselves from the murder.” 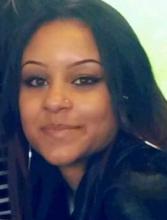 The murder came under a month after the death of Jourdain John-Baptiste, 22, whose death was labelled ‘unexplained’ as she fell from her fourth floor flat in the block on August 21 last year.

People living in the area had been rocked by the spate of deaths and demanded answers from the police.

According to Metpolice.com figures, there had been 35 crimes reported in the Ayley Croft area between May and July 2015 and residents said the estate was becoming a "no go" area.