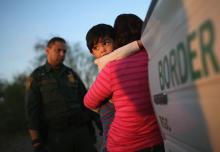 For undocumented women who experience sexual harassment or abuse, speaking up puts them at risk of arrest or detention, writes Michele LeVoy.

We have known for a long time that violence against women is endemic and it has much to do with inequality and discrimination. While women in all social strata face the risk of being victimised, some are particularly vulnerable. That is the case with undocumented women.

The laws and policies governing irregular migrants reduce their control over their own lives, deny them public assistance, and isolate them from society. The consequences of these policies for women are detrimental.

Take the case of Maria, a domestic worker from the Philippines. She arrived in Germany to work in the home of a diplomat from the United Arab Emirates. She says the Emirati man repeatedly raped her and eventually returned to his country, leaving her behind, pregnant and undocumented.

She gave birth to a daughter but the diplomat never recognised her as his child, and was never held accountable for the rape because Maria did not report it for fear of being deported. When her daughter Hanna was three years old, Maria found out about one of our member organisations, Agisra, which assisted her in filing a complaint with the police in Germany. Maria received legal help and was able to have her deportation suspended.

A 2010 survey conducted in France, for example, found that one in three police stations would arrest a migrant woman and initiate deportation proceedings if she tried to file a complaint.

Just like Maria, millions of other undocumented women who experience sexual harassment or abuse risk getting arrested, being deported and/or losing their livelihood if they speak up about it. Their abusers are well aware of this fact and exploit it fully, often intentionally misinforming them about what may happen if they leave or report an abusive situation. Few undocumented women like Maria are able to escape this vicious circle and seek help from the authorities.

Research carried out by the University of Illinois in four major urban centres in the United States in 2013 showed that 70 percent of undocumented migrants were less likely to contact law enforcement authorities if they were victims of a crime, due to their status.

A 2010 survey conducted in France, for example, found that one in three police stations would arrest a migrant woman and initiate deportation proceedings if she tried to file a complaint.

The failure to treat undocumented women as victims plays into the hands of their abusers. In their efforts to curb immigration through tougher policing and deportations, the authorities simply enable criminals to abuse undocumented women with impunity. 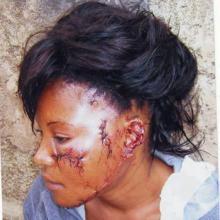 Research by UK-based Black feminist organisation Imkaan found that 92 percent of surveyed women and children experiencing gender-based violence, who had immigration issues, reported being threatened with deportation by their abuser. Sumanta Roy, one of the authors of the report, told the Platform for International Cooperation on Undocumented Migrants (PICUM) that migration status "has a profound impact on women and their ability to leave a violent relationship".

Indeed, nothing will change for women until international human rights frameworks are reflected in local practice. In the past few years, there has been some limited progress in this direction.

In Spain, legislation enacted in 2009 on gender-based violence exempts undocumented women who are victims of violence from deportation, at least for the period of criminal proceedings, and provides them with an immediate right to access domestic violence shelters. Under the law, undocumented women who were victims of gender-based violence can also apply for a residence status and work permit.

In 2016, the Netherlands rolled out a policy called "safe in, safe out", that promotes the ability of all victims of crime to report to the police, without fear of immigration consequences.

The policy began as a modest initiative in Amsterdam in 2013, where the police realised that building trust with local communities was a prerequisite to safe neighbourhoods and effective policing. 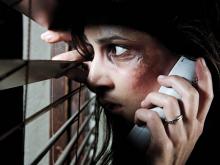 The police organised sessions to inform members of local communities about the right to report crimes in a safe environment, which led to more victims of crimes reporting them.

A number of cities across the US have come to a similar conclusion, and have refused to let federal immigration authorities outsource their work to local police and service providers. This means that in these cities, undocumented migrants can access healthcare, report crimes and get other services without the risk of being arrested.

Undocumented victims of crime and abuse, including survivors of gender-based violence, can obtain special status in the US if they testify and support investigations. Yet, according to recent reports, the Trump administration's anti-immigration policies and stance have led to an increasing number of undocumented women choosing to endure violence and abuse over reporting it to the police.

All women and girls deserve to live a life free of violence. Achieving this requires us to understand how society's written and unwritten rules and practices create vulnerability and increase violence directed at women.

The ongoing #MeToo debate about sexual harassment is indispensable, but it also requires solidarity with all women, regardless of their status.