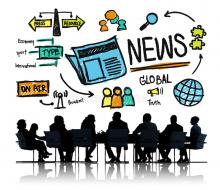 A newly-released Diversity in Journalism report found that working-class people were heavily unrepresented in the news industry and that journalists were almost twice as likely as the general population to come from advantaged backgrounds.

The data, which covered 2021, found that social class was the only factor surveyed where the UK news industry is getting increasingly unequal over time.

The report used data from the government’s Labour Force Survey, which polls a representative sample of the UK workforce to establish more information about their jobs and background. Journalist numbers are only approximate because they are extrapolated from a small subset of the overall 40,000 sample.

While other metrics like race and gender representation had improved in recent years and were representative of the workforce overall, for class the number of people coming from higher socioeconomic backgrounds had risen by eight percentage points from 72 percent in 2016.

The survey defines social class by asking participants the job of the main breadwinner in their household when they were aged 14, before then breaking those professions down into different categories indicative of social class. 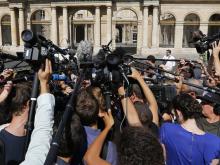 Reporters were also found to be more likely (84 percent) to come from a higher class background than their editors (73 percent) in this year’s data.

The data also found that a record number of people now described themselves as journalists, with an estimated 108,000 of the UK’s 32.2m person workforce describing themselves as either journalist/reporters or editors, the highest level ever recorded.

In 2016 an estimated 73,000 people described themselves as journalists or newspaper/periodical editors – according to the Labour Force Survey.

It defines social class by asking participants the job of the main breadwinner in their household when they were aged 14, before then breaking those professions down into different categories indicative of social class.

The report’s author, NCTJ research consultant Mark Spilsbury, suggested that the reason behind the rise in the number of journalists did not necessarily mean more people were working for newspapers or magazines, with content writing and journalism-adjacent roles now becoming more spread out across the economy.

He also suggested the primary reason behind the industry’s failure to recruit working-class people was a reliance on hiring university graduates, who tended to be from wealthier backgrounds.

According to one 2019 report, at half of UK universities fewer than 5 percent of students are classified as being from disadvantaged white backgrounds.

Speaking at a launch event for the report, Mike Hill, director of the MA News programme at Cardiff University shared his experiences entering journalism as the son of a Yorkshire miner and shared concerns that his journey into the industry would be impossible now.
He said: “Becoming a journalist to me was akin to getting onto the space programme. My dad was a miner, which when I tell that to my students now it’s a bit like saying he was a blacksmith or a thatcher.”

He added: “Rather than this being an inspirational tale, it’s also a cautionary one. There are lots of things that have happened between me in the late 1980s and 1990s becoming a journalist and now that means I wouldn’t make it currently. 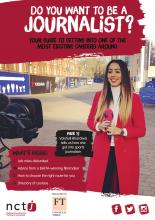 “My local library is shut, my old school is in special measures, there isn’t the funding from employers to send people on training courses, people are spooked by the £10,000 figure to pay for postgraduate journalism training.
“Then there’s the lack of cash, there being no network - I didn’t know anyone who went to university let alone who was a journalist - and then there’s the imposter syndrome.”

The NCTJ report also found that 13 percent of journalists came from non-white backgrounds, which matched the ratio found in the overall workforce and is three percentage points higher than the figure recorded in 2016.

But the report did find that non-white staff were less represented in senior roles, with just 10 percent of editors being of non-white ethnicity.

The report also highlighted that given that so many journalism jobs are centred in and around London, where roughly 40 percent of the population comes from a black or minority ethnic background, “it could be argued further progress is needed” on non-white representation in journalism.

Some 53 percent of journalists were found to identify as men, while 47 percent identified as women, roughly mirroring the 52 percent and 48 percent respectively recorded by the overall workforce. Among editors, 51 percent were recorded as male and 49 percent as female.