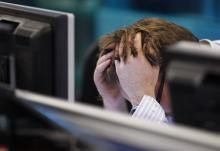 A practice of ruthless regimentation of many workplaces threatens the long-term well-being of society, writes John Green.

Ask anyone in work today whether they enjoy it and you won’t find many who do.

In the past though, a sense of comradeship often bound workforces together. While work was hard and hours long, there was still time and opportunity for banter with work mates, there was even room for creativity, innovation and individual input.

That feeling of building or making things together or providing a vital public service gave many workers a sense of dignity and worth.

The work process today has been rationalised, intensified and the opportunities for individual input largely eradicated.

Robots don’t deviate from the commands given them nor do they fall ill, take holidays and maternity leave.

For employers, if they can turn their workforce into quasi robots, so much the better and that’s exactly what most are trying to do.

Look at Amazon’s warehouses for a prime example. Workers’ movements are tracked, every minute of the working day — the time taken for each task measured and behaviour monitored. Every single minute is accounted for.

No time for a chat with a workmate, a short tea break or a quick scan of the newspaper on the toilet.

These practices dehumanise the workforce — there is no dignity here, no job satisfaction and certainly no joy.

Workplace stress has become the defining factor for many workers with serious implications for mental and physical well-being and family life.

A major study published this month by the Institute of Epidemiology in Munich followed 5,337 men and women aged between 29 and 66 who were in full-time work.

It found that those under the most strain at work are 45 percent more likely to fall ill, with increased risk of heart disease, strokes, blindness and amputations.

Stress at work raises diabetes risk by 45 percent as raised levels of stress hormones upset the body’s glucose levels, which can damage the body’s circulation and major organs.

Some three million people in Britain are currently affected by diabetic symptoms, but if trends continue this could rise to four million by 2025 and five million by 2030.

Marx described the alienation that capitalism imposes on workers by robbing them of a meaningful relationship with the products they make, but even he could hardly have envisaged the ruthlessness perfected by the present system.

Over 30 years ago, Jimmy Reid, one of the leaders of the Upper Clyde Shipbuilders work-in, memorably remarked that “the rat race is for rats, not human beings.” But that rat race is not even a race anymore, but a cage fight with a pre-determined outcome.

The same transformation has been imposed on the public sector too.

While this sector was often characterised by lower pay, this was compensated somewhat by higher job satisfaction.

The reward was in seeing their work help and support their fellow citizens and it came from a highly-motivating public service ethos and sense of social purpose.

All this has been eroded, dismissed and ridiculed by successive Blairite and Tory governments which have portrayed such services as bloated, inefficient and second-rate.

Today we have a totally demoralised workforce in most areas of public service.

Work is at the centre of our lives. It denotes our place in society, and we obtain satisfaction from contributing to society.

Those without work suffer depression, a sense of being worthless and a loss of self-esteem.

We need work, just as we need food and drink. The workplace should be where we can express ourselves creatively, where we find companionship among like-minded people and where we readily devote our energies. It should also be a place of happiness.

Under capitalism all that is impossible as workers are seen merely as a means of profitable exploitation.