Wossy's return is good for the Beeb 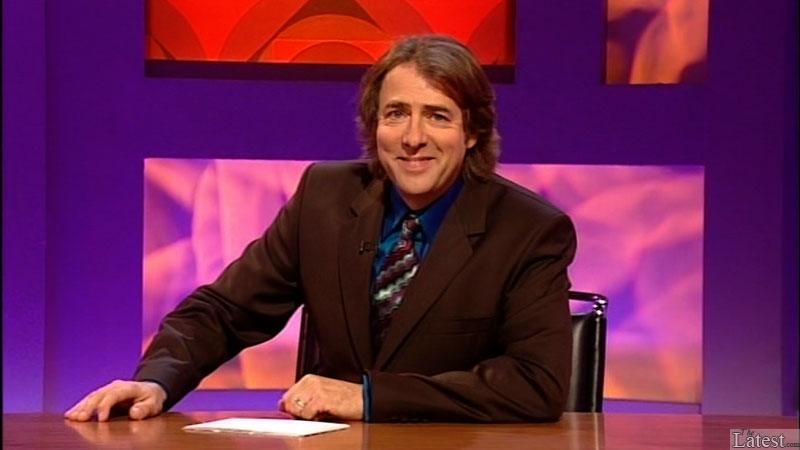 So, a British Tv chat show host is back in action, getting more than five million viewers for Friday Night With Jonathan Ross after his celebrated suspension. And you know what? His success is fully deserved. The end of this four-month dÃ©bÃ¢cle is finally over and things have returned to normal for 'Wossy'.

I've surprised myself by saying this, truth be told. Before seeing Ross' return to BBC1, I believed his interview skills left a lot to be desired.

His jovial nature also seems to strongly lend itself to blue humour, which I find can write off a comedian's abilities. Despite this, his BBC Radio 2 show was entertaining, so it wasn't all too bad for the man.

Then the media outrage began.

It is an interesting time for the media. Despite the recession, a high-profile court case involving a mother who kidnapped her own daughter (Karen Matthews) and international problems in Israel and the Congo, newspapers and TV channels alike seem to thrive on the banal. John Sergeant's escapades on Strictly Come Dancing is a classic case of this.

Then two people go overboard and call up a so-called "national treasure" and talk rudely about his granddaughter. A social faux pas, admittedly. Enough to headline in the national press? Give me strength. Sadly, it gave the media strength and they ran with the fall from grace of Russell Brand and Jonathan Ross.

Andrew Sachs, who is famous for becoming the cornerstone of stereotyped attitudes towards the Spanish, was unhappy to find that his granddaughter - someone so woefully uninteresting that I'm not even going to give her name - was a Satanic Slut.

Cue outrage which leads to him rebuffing the media, her selling her story to the point where she's squealing like a pig in a war over the distress it's caused her (despite the money and media attention she's making for her act) and Brand resigning, while Jonathan Ross is fired for three months.

Who's the most affected party? Why, Ross of course. Russell Brand is making it in Hollywood with films such as Forgetting Sarah Marshall, meaning that his withdrawal from the BBC was a goodwill gesture which he always seemed to have planned. He could walk out with dignity in tact, a well-meaning apology and a bit more shock and awe for his new stage show, Scandalous, which currently tours Britain.

Georgina Baillie is not embarrassed enough to stop being the said Satanic Slut and continues to draw attention to that, while also making the same amount of money she could have if she did a kiss and tell. Telling Brand that she was Manuel's granddaughter was what started this mess too, which everyone seems to have conveniently forgotten about (apparently Russell was quite fond of using Manuel's catchphrase "Que?" during intercourse). If I could give her some credit to her intelligence then I wouldn't be surprised if that was the case. Evidently, it wasn't.

Poor old Andrew Sachs, though. All he wants is a quiet life, away from the media save for a couple of plays on BBC Radio. Oh, wait, no. He's jumped at the chance to already appear on Casualty's Christmas special and is lined up to be a regular character on Coronation Street, with his time currently spent shoring up dictionary corner on Jeff Stelling's Countdown. The Satanic Slut's romantic liaison with Brand was probably the best thing that ever happened to his career.

Jonathan Ross? As he didn't apologise soon after Russell Brand's ultimately pointless gesture, he was pushed out by the BBC after a record number of complaints from pensioners and Daily Mail readers who were too busy calling Tv   watchdog Ofcom to actually listen to the questionable content levelled at Sachs.

I must admit, the things said were pretty unfair on Tv character Manuel. Given that Sachs is actually a person (a nice one at that), it was easy to lash out at them. Still, much worse things have been said, recorded, filmed or portrayed in the media as a whole. Far-right politicians are still allowed to fire thinly-veiled racist diatribe in the knowledge that they have the right to free speech. Yet comments about a Satanic Slut which resulted in the boosting of the careers of three people had resulted in the biggest outrage this country has ever seen over such free speech.

Luckily, Jonathan Ross not only picked up where he left off but did it effortlessly, never crossing the boundaries and turning it into a joke again. His apology at the beginning of the show was both heartfelt and meaningful. Small asides he did throughout the show painted him to be stupid for what he did, but not unnecessarily remorseful.

In my eyes, Ross has excelled himself. This is coming from a person who couldn't stand his TV persona only five or six months ago. It will not be three careers boosted by this "shocking outburst" but four. With sweaty funnyman Lee Evans, a man who should be prime minister in Stephen Fry and the surprisingly entertaining Tom Cruise, he showed why he has the prime-time slot.