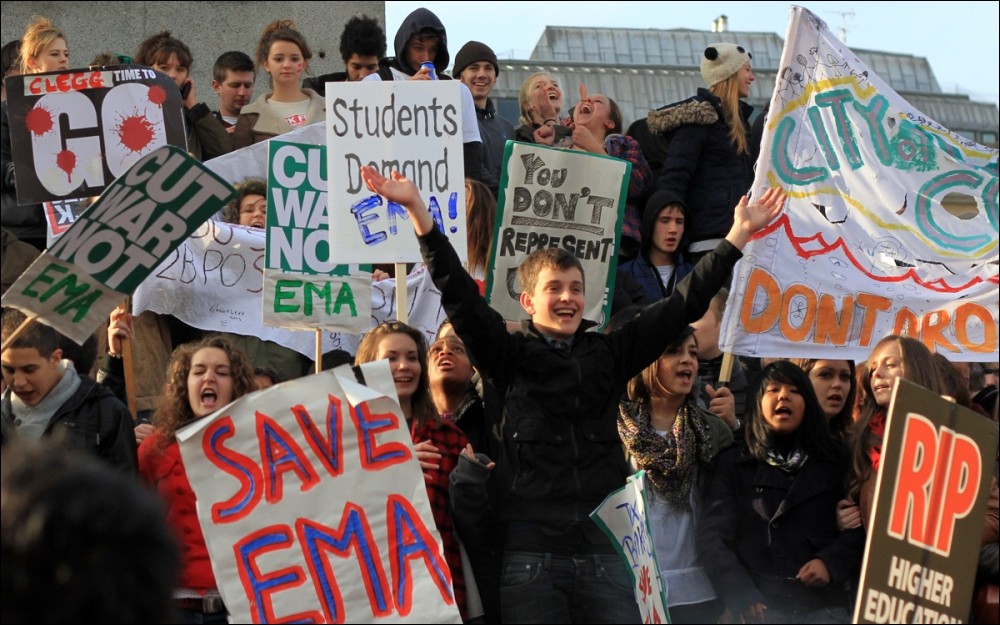 All over the country people under the age of 18 are campaigning on issues that matter to them, but without the power to vote, what difference can they really make? Sarah Dean went to a debate for young campaigners to find out.

In a room at Channel 4 TV London headquarters sat a gang of impassioned, fierce and outspoken young people. They weren’t there with their faces covered with balaclavas, clenched fists and missiles in the form of fire extinguishers, as seen in recent, sometimes biased media coverage of the student protests (Demo 2010).

They were there to fight for their beliefs and causes, with their experiences and voices as the only weapons they needed.

Chaired by Stuart Cosgrove, Channel 4’s director of creative diversity, the debate this week was put on by Battlefront, an online/on-telly Channel 4 project starring 14-21-year-olds who are supported to turn their issues with society into fully-fledged campaigns. 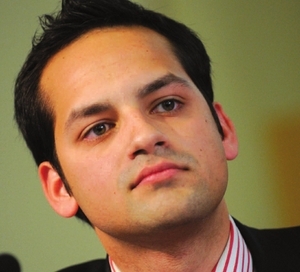 Tim Loughton, who as a Conservative MP was bound to get most of the flack, started off by suggesting that young people have got it easy.

He continued by stating that although young people can campaign, what it really comes down to is waiting to vote (hopefully for the Conservatives?) at 18.

He said: “I’m not one of those people that think young people are apathetic about politics I just think that young people at the moment are doing their politics differently, they’re very engaged in campaigning, but not so engaged with political parties... I think the most important thing though is when people are 18 and able to vote they do vote.”

But why would young people be engaged in political parties when what they think doesn’t, and can’t, currently make a difference?

T4 presenter Miquita Oliver, regarded by many as altogether a lot more in touch with the youth of today said: “I’ve been quite amazed by the passion young people have for politics and the knowledge they have for politics, a lot more than me and my friends did. I suddenly have these very opinionated 14 and 15-year-old nieces and nephews that have a lot more knowledge than I thought they did. It makes absolutely no sense that they can’t vote.”

Ex-Battlefront campaigner Manpreet Darroch went so far as to call for 16-year-olds to get the vote.

He reasoned: “I used to be in the Youth Parliament and I think young people at 16 need the vote. They can go to war, they can risk their lives for their country, they can create a family, leave education, create a career and start paying taxes. So if they’re given these responsibilities at the age of 16 then why haven’t they got the vote, why can’t they stand up and choose the people that are running the country.”  And to this the whole room cheered. 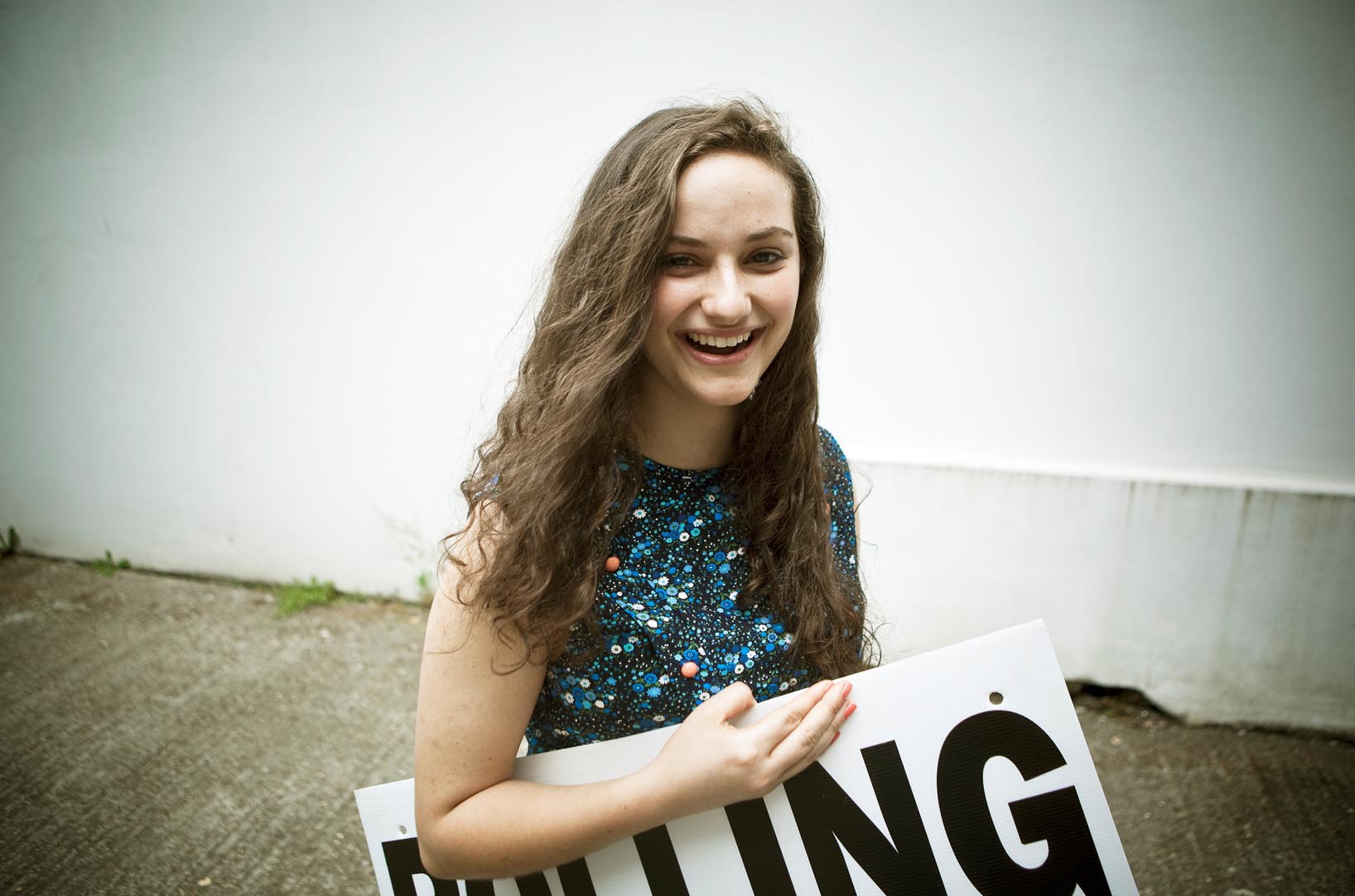 With the government currently making drastic decisions about the lives of young people (and going against promises they’ve made to this demographic) is it time that the process for them to air the views and protect their rights was reviewed? Battlefront campaigner Anastasia Kyriacou certainly thinks so.

Kyriacou's campaign titled simply “Where’s our vote?” is as she puts it “a campaign filled with enthusiasm, determination and devotion to one cause: lowering the voting age to sixteen. I want to abolish the negative stereotype often burdened upon young people, and allow the future generation’s voices to be heard loud and clear.”

A referendum on changing the voting system for general elections will take place on May 5, but it is highly unlikely that Kyriacou's campaign will win MP’s over by then. Especially as Liberal Democrats politicians have joined Conservatives in opposing the move, despite the fact their Party’s General Election manifesto, published last year, contained a pledge to “give the right to vote from age 16.”

Aaron Porter of the National Union of Stidents (NUS), who had his face plastered all over the news channels during Demo 2010, said: ”I think the reason we saw so many people wanting to take to the streets over the last few months of last year was in part about the issue but it was also because they had no other channel in which to express their thoughts, their anger and their views. So if political parties aren’t going out to listen to people then we need to stand up and shout what we’ve got to say. Crucially political parties shouldn’t be breaking promise to young people.”

It’s hard to take much of what Porter says seriously. He has the charisma and charm of Tony Blair, but that just makes it seem likely that he’s planning to join the ranks of deceitful politicians in the future. Porter is already a member of the Labour Party. But the young campaigners in the room seemed to like him, at least they cheered at the end of each one of his enthusiastic sentences.

Stuart Cosgrove asked smug Porter, “why is it so many of your predecessors have moved into main stream politics and often forgotten the radicalism of their youth?”

To which Porter replied: “I agree. I can’t apologise for the history of what some of my predecessors have gone on to do. I think it was pretty insulting that Jack Straw and Charles Clarke, both former presidents, were each responsible for introducing and then trebling tuition fees, there’s no excuse for that. The most important thing that I want to do is find ways to get young people involved in politics... I am a member of the Labour Party but I personally have no desire to go into politics.”

When asked whether violence detracts from campaigns or aids them, professional campaigner Jon Stopp, said: “When we saw what happened to Charles and Camilla’s car, that picture was pretty much on every single paper. I think it does distract, but does it bring more attention to the issue? Yeah it does that as well. And does it do negative or positive things? I couldn’t say... I think it has more impact.”

Cosgrove put it to Porter that the NUS has been slightly schizophrenic around the issue of violence, Aaron wouldn’t be drawn into what the Demo 2010 students got up to though, instead he gave a politicians answer and said: “My message is when the debate shifts from the issue to a debate about tactics then the tactic is probably wrong. We’ve got to be smarter about how we campaign... you’ve got to keep in the parameters of the law.”

Through the course of the evening we were introduced to a host of inspirational young people, like careers who want more opportunities for their disabled siblings, through to anti-bullying, knife crime, pay equality,  natural beauty and smile campaigners. All of these crusaders had one thing in common – they want to make a change. Should they get the vote? For now I guess we’ll let the adults decide.

*Aaron Porter, President of the National Union of Students announced yesterday that he will not seek re-election to the post at the union's national conference in April.

An alternative look at the royal wedding