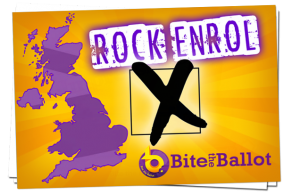 British parliamentarians have been challenged by young people to say why it is worth supporting them at the polls.

Bite the Ballot campaigners organised a House of Commons event on the issue this week as part of a media debate taking place in the UK after a damning report by the Leveson Inquiry into press standards.

Wadsworth said: "I was really impressed by the passion and knowledge shown by the young participants. They have a legitimate grievance about the way they are badly portrayed and otherwise ignored as positive news item by the media and this has rightly made them question the role of politicians in supporting them."

He added: "The-Latest is proud to have championed young people on its website, at its Media and the Riots conference and during the Divided by Race, United in War and Peace film and photography project. We will do the same, backed by our sister charity the Citizen Journalism Educational Trust, with the essay competition we're about to announce. Young people have a welcome home here as contributors whose voices are respected and valued."