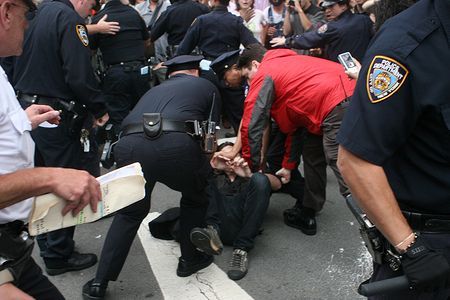 Google Inc. has turned down the demands of US law enforcement agencies to remove video files showing police brutality from video-sharing website, YouTube.

“We received a request from a local law enforcement agency to remove YouTube videos of police brutality, which we did not remove,” Google wrote in its Transparency Report according to Business Insider.

Goggle said that it “did not comply with those requests, which we have categorised in this Report as defamation requests,” revealing that the internet giant had been bombarded with requests for information and for content to be removed by the US government.

Google said it had declined many of the requests as they were not backed up by a court order.

“We generally rely on courts to decide if a statement is defamatory according to local law,” the report read.

US police have earned itself a reputation of viciousness in recent years with the US Department of Justice​ discovering in 2006 that of 26,556 citizen complaints about 2,000 cases had merit.

US media frequently try to cover up police scandals unless the events make it onto a network videotape.

Examples of US police brutality are the beating of Rodney King​, which triggered the LA riots of 1992, as well as the beating of Iraq war veteran Walter Harvin by a New York police officer David London in 2010. London beat Harvin even after he was on the ground and unconscious.

Police officers convicted of brutality are handed light sentences on the grounds that they have already been punished by damaging their careers. For example in the case of Harvin, London was acquitted of all charges after telling the court he had been pushed by the war veteran.

US police have also engaged in brutally cracking down on anti-corporatism protesters who have been taking to US streets and occupying different cities since September. For example on October 25, 2011, Scott Olsen​, 24, former US Marine who served two tours of duty in Iraq, was struck in the head by a tear gas canister fired by Oakland police. Olsen suffered a fractured skull.

Anti-corporatism protesters denounce the excessive influence of wealthy corporations on US politics and the government's misguided financial policies.

Hundreds of thousands of protesters have also protested against corporatism in several European countries, including Britain, Germany, Italy, Spain, Ireland, and Portugal.

Cute: but are pandas the world's most useless animals?