British tabloid tactics are rampant in American journalism too 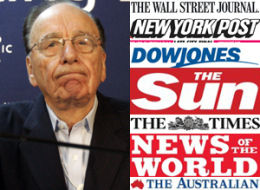 It takes some doing to get an entire country up in arms about media misconduct, but News of the World rose to the occasion.

By hacking into the phones of terror victims and a missing 13-year-old girl later found murdered, the London tabloid became such a despicable symbol of journalism gone bad that media titan Rupert Murdoch felt compelled to close it on Sunday.

But the debacle is just an extreme example of a news business that increasingly pushes the ethical envelope - and perhaps of a public that wants the juicy stuff and isn’t too particular about how it gets unearthed.

News of the World didn’t exactly discover phone hacking. Back in 1998, the Cincinnati Enquirer paid $10 million and apologised to Chiquita Brands after a reporter obtained voice-mail messages from a company executive “in violation of the law,” the paper acknowledged.

We may look down our noses at tabloids paying for stories, but American networks essentially do the same thing. In 2008, ABC paid Casey Anthony $200,000 for an exclusive interview under the guise of buying photos and video of her missing 2-year-old daughter, Caylee. Anthony was charged with child neglect and endangerment the next day and indicted for murder the following month. (She was acquitted last week in a highly controversial verdict.)

Last month ABC paid $15,000 to Meagan Broussard, one of the women who was texted by then-congressman Anthony Weiner, for her photos (and an interview). But the network got burned when it offered $10,000 to Sheena Upton, who claimed to have injected her 8-year-old daughter with Botox, and rescinded the offer after the woman admitted it was a hoax. NBC Entertainment forked over $2.5 million for the rights to the Concert for Diana in 2007, and Matt Lauer just happened to land exclusives with Prince William and Prince Harry ahead of the remembrance of their mother. 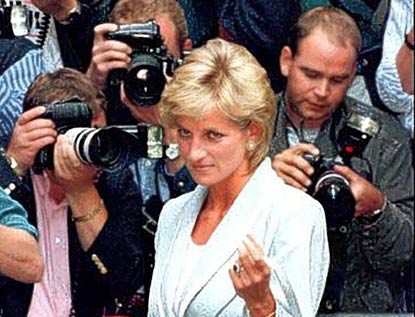 Princess Diana, of course, would probably be alive today if paparazzi hadn’t chased her car into a Paris tunnel -the most notorious legacy of a profession that routinely harasses celebrities for shots peddled to mainstream publications.

From Dan Rather’s report on George W. Bush and the National Guard, retracted by CBS, to NBC’s “Dateline” rigging a fiery truck explosion years earlier, there are episodes of reckless American journalism that would not seem out of place at a British tabloid. Then there is the parade of fabricators, such as Jayson Blair of the New York Times and Jack Kelley of USA Today, who deceived their publications, with editors later found to have missed blatant warning signs. And the journalists fired or suspended for plagiarism are too numerous to mention.

Even old-fashioned news organisations operate these days in a bubbling tabloid culture in which sensational tales (Weiner, John Edwards, Mark Sanford, Dominique Strauss-Kahn, Tiger Woods, Casey Anthony) crowd out coverage of, say, health care and deficit talks. The line between high-minded and low-road journalism has all but vanished. When the Los Angeles Times reported that Arnold Schwarzenegger fathered a child with his housekeeper, it refused to name the woman - but Radar Online published her name and picture and other outlets, from ABC to the New York Times, quickly followed suit. The slippery slope of the Web makes it easier to justify our voyeurism. 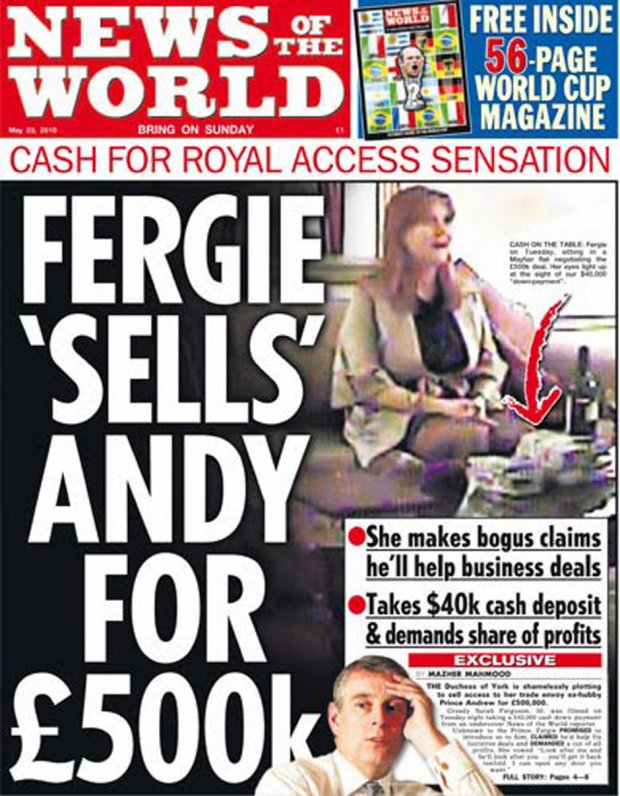 In the end, the public’s indifference to how salacious stories are procured creates this lucrative market. When a News of the World reporter posed as a fake sheik last year, taping Sarah Ferguson as she offered access to her ex-husband, Prince Andrew, for a huge payoff, almost no one focused on the paper’s lying and deception. Most folks had a great laugh instead at the hapless Duchess of York. It was only when such sleazy tactics were employed against ordinary Brits that politicians such as Prime Minister David Cameron (who had hired the former News of the World editor Andy Coulson, arrested on Friday in the scandal) felt compelled to demand an investigation.

Murdoch, whose empire stretches from Fox News to the Wall Street Journal to the Times of London, is engaging in corporate damage control by shuttering Britain’s best-selling newspaper. If media ethics were his primary concern, he would have fired his top London executive Rebekah Brooks, who ran the paper during the phone hacking. Maybe someone should put up a statue of the media mogul outside the News of the World building, to remind us of the dangers of corrupt journalism.

*Howard Kurtz is a former media reporter for The Post and is currently Washington bureau chief of Newsweek and the Daily Beast.

Cameron Could Snatch Victory From Brown